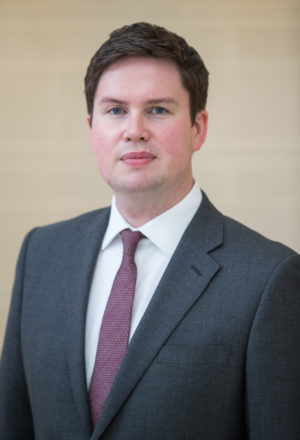 Dan Carden, an aide to Unite’s general secretary, has been selected as Labour’s candidate for the ultra safe seat of Liverpool Walton.

The seat was vacated by Steve Rotheram after he won the Liverpool city region metro mayoralty. Labour posted a 27,777 majority in Walton 2015.

Carden was born in Liverpool, and there was strong feeling in the local party that the seat should go to a local candidate. All selection decisions are being made centrally due to the short general election campaign.

“Being selected to stand as Labour’s candidate in Liverpool’s Walton constituency is the proudest moment of my life,” he said.

“It’s the pinnacle of a journey I could not have dreamed of. When my dad first explained to me, when I was just eight years old, that he had been sacked for refusing to cross a picket line, this lit the flame in me that has fired my dedication to the service of working people.”

“I am 30 years old, from a different generation with different experiences but I know that only Labour is on our side. I’m ambitious for what the Labour Party can do for our people, for this country as a whole. Only a Labour government will transform our economy, redistribute wealth fairly from the few to the many and give hope to communities like ours.

“As Walton’s MP, I will work day and night to make sure that our schools are funded, our young people are supported to reach their potential, our hospitals function, our homes are affordable, our skills are valued and our vulnerable are cared for. More than anything we need real jobs that are secure and well paid, quality apprenticeships that give young people hope and a future to look forward to.”

Congratulations to Dan Carden who has been selected as the Labour Party candidate for Liverpool Walton. #VoteLabour