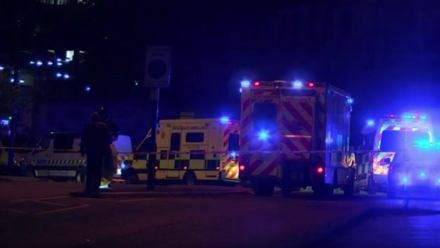 Prevent, part of the Government’s annual £40m counter terrorism strategy, seeks to challenge the impact of extremism and radicalisation by “encouraging debate” in local communities and schools.

It works through community safety partnerships led by local councils. Each police force has a specially trained Prevent officer who liaises with community groups and other public bodies. All teachers, social workers, doctors and councillors are trained to be on the lookout for signs of radical Islamic, far-right and extreme left-wing activity.

Since the latest rules came in four years ago there have been a number of appalling events leading to the loss of life on mainland Britain. The actions of a suicide bomber, motivated by hate, brought carnage to Manchester, killing 22 and maiming 59. It is the latest in a line of attacks. Our thoughts go out to the bereaved and injured. Two months ago a “lone actor” terrorist hit Westminster and murdered a police officer. Last summer the anti-racism campaigner, Jo Cox, was killed by a far-right white supremacist in her home town in Yorkshire. In 2013 the off-duty soldier Lee Rigby was killed by three jihadis in London.

According to the counter-terrorism think tank, the Quilliam Foundation, Britain is ‘”facing a shifting and increasing range of threats emanating from jihadist groups and individuals.’’

Islamic State or Daesh remains the principal threat on British soil “reinforced by the numbers of returned foreign terrorist fighters.’’

MI5 estimated that 850 people seen as a potential security threat are known to have taken part in the Syrian conflict, with half thought to have returned here.

Lead anti-terrorist experts such as Rob Wainwright of Europol claim another worrying development is the “significant rise in nationalist, xenophobic, racist and anti-Semitic sentiments across the EU, each resulting in acts of far-right extremism.’’

Some 57 per cent of lone-actor foiled terrorism attempts in Britain have been carried out by right-wing extremists, the home office said.

The radical left believes Prevent is damaging trust in society. The duty has charged government officials, teachers, health professionals and councillors with monitoring people’s political and religious views. It has been suggested that Prevent has eroded civil liberties, demonised Muslims and bolstered religious discrimination.

True, hate crimes against Muslims soared by 70 per cent between 2011 and 2014. For Liam Byrne, who considered this in Black Flag Down, and former Conservative minister Sayeed Warsi, Prevent has contributed to a climate of intimidation amongst some ethnic groups. Muslims constitute 5 per cent of the population, yet official figures show that 67 per cent of those referred for suspected radicalisation in 2014, were Muslim.

Civil libertarians maintain that Prevent is not making our citizens safer. Rather it’s fostering an atmosphere of insecurity while stoking up Islamophobia at a time when the far-right is on the rise both in the UK and across Europe.

But scrapping Prevent as part of the overall Contest strategy is not the way forward. The stark reality is that Prevent, despite its imperfections, has helped to thwart the level of violent terrorism. Radical Islamism and the growth of the far-right threatens hard won freedoms, democratic values and institutions, liberty, the rule of law and national security.

Critics of Prevent have to been too quick to label it as some sort of spying operation. This is patently false. Prior to the collapse of the Berlin Wall in 1989, one in three of the hardline Communist-run East Germany’s populace were Stasi informants spying on their own neighbours.

Prevent, contrary to popular belief, is a voluntary programme, requiring parental consent. It takes in special branch, local  community partnerships such as Safe Newcastle, educational establishments, the fire service and youth offending teams. In most cases it is implemented with sensitivity without alienating any section of the community. Clearly the vast majority of Muslims in Britain are moderate, law-abiding citizens who reject violence. Across our core cities, including Newcastle, peace vigils are being held in response to the latest attack.

The shocking event at Manchester testifies to the terrible impact of terrorism. Most of it is home grown. It’s not imported from the EU. Andrew Parker, director-general of MI5, notes that more than 3,000 jihadi men and women, some in their teens, are being watched. At least 12 plots have been foiled in the last two years. The government, Andy Burnham and fair-minded people across the country fully support the decision to increase the number of MI5, MI6 and GCHQ operatives by another 1,900.

Of-course, strengthening surveillance is crucial. But the government needs to take steps to better engage Muslim groups in anti-radicalisation measures delivered through a multi-agency approach. Indications are that Amber Rudd, the home secretary, will carry out an in-depth review of Prevent to shed its toxic image amongst some sections of the Asian community.

One important way to tackle potential radicalisation is through learning and training. The government’s Fundamental British Values programme is being delivered in every school and college in England and Wales to promote the principles which underpin our liberal democracy – respect, tolerance, the rule of law and equality.

Many experienced teachers and youth workers are prepared to challenge the reactionary ideas of “youthful jihadi apologists” or far-right supporters of ultra-nationalist groups, like the BNP.

Urban colleges, as in Bradford, have been praised by Ofsted for their partnership work with police and the local Muslim community in challenging extremism. And Sadiq Khan, Labour’s mayor of London, pointed out that the Muslim community in other places needs to take ownership of the issue and engage more with Prevent.

Prevent’s work on the ground needs reform, as spelt out in Labour’s manifesto, but it must not be abandoned if we are to win the hearts and minds of Britain’s Muslim communities. Maintaining safe neighbourhoods remains a priority while violent extremism against vulnerable citizens must be defeated. And, of course, the perpetrators of these cowardly crimes must be brought to justice.

Stephen Lambert is director of Education4Democracy and a Newcastle councillor. He is a former chair of  Safe Newcastle.