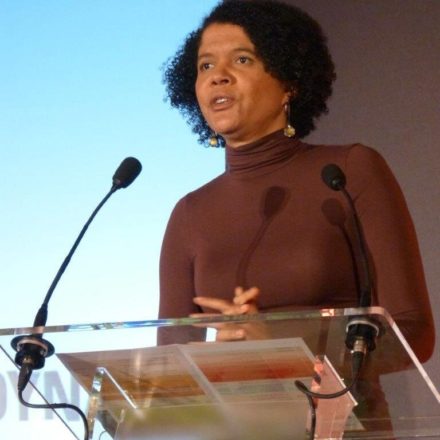 Britain is a country of makers and creators. I grew up in Newcastle, in the shadow of Stephenson, Parsons (that’s Rachel, the world’s first female marine engineer), Armstrong and other greats of our industrial past. Seeing their legacy all around me was part of what inspired me to study electrical engineering as a young woman.

And as an engineering student I was deeply concerned when Margaret Thatcher told us that manufacturing was the past, that the world would be our workshop while we kept our hands clean. She made sure her wish came true. I spent much of my engineering career abroad as Britain’s great industries were broken, held back by a combination of neglect and malice.

In place of manufacturing, of building real stuff, they constructed a ‘financialised’ economy that generates wealth for a tiny global elite.

It is this broken economic model that is holding all of us back, from the small business owner struggling to raise capital for a bold new venture, to the worker on a zero hours, minimum wage contract, denied access to training or education.

It is not an economic model that can realise the true potential of working people.

Labour is going to change that. We’re the only ones who can change that, because the Tories don’t have a plan to unlock the potential of our country. Their industrial strategy is more erratic than strategic and has little to say about industry.

Labour, on the other hand, has a productive vision for our future – an innovation nation delivering fair and sustainable growth.

Our vision is of a country where a national education service gives everyone access to  the skills they need to develop and fulfil their productive capabilities from cradle to grave. Where the national transformation fund enables us to invest in infrastructure like a crossrail of the north for regional economic growth and a 30Mbits universal service obligation, so businesses can grow on line. Where a national investment bank delivers access to funds for our small businesses and new green technologies.  An economy where the proceeds of economic growth don’t all go to a privileged few at the top, but are shared with the many.

But, crucially, our industrial strategy isn’t simply about spending money now to give our economy a quick boost. We’ve set out two long-term goals or “missions”: building an innovation nation by ensuring we have the highest percentage of high-skilled jobs in the OECD by 2030; and drawing 60 per cent of our energy from low carbon sources by 2030. These missions will galvanise private and public sectors to work together across departments and sectors creating jobs in the long term.

And they also provide the perfect riposte to Donald Trump’s decision to take the US out of the Paris climate accord, in order, he said, to protect American jobs. The Labour Party is showing that climate change policy can deliver jobs, rather than destroy them. We’ve committed to creating one million new jobs through our industrial strategy and our action on climate change will deliver hundreds of thousands of good jobs, jobs people can be proud of. At the same time our Retail Catapult Centre will allow the benefits of innovation to be spread to low skill low productivity sectors where so many are employed.

The anger and disillusionment that fed Trump’s rise across the Atlantic came from the feeling that the economy was leaving people behind and the Tories are preying on similar sentiments here.

We need a counter-narrative to the Tory Hard Right race to the bottom and Trumpian climate disaster that will only make our society more unequal and future generations poorer and angrier. The economist Carlota Perez has argued that IT technologies change the rules of the global economy, making possible a “new green positive sum game”. Our missions are designed to seize opportunity and mobilise public and private investment in green, sustainable technology for the future. We can save the climate and create good jobs, improve productivity and make workers more secure – but only a Labour government will make the transformational investment required to bring that about.

The Tories are taking us “back to the future” in a clapped-out DeLorean, bringing us an endless cycle of deindustrialisation and cuts, low wage, low skill, insecurity. Labour’s industrial strategy is a bold step in a new direction. We’re changing the country’s industrial story from neglected rustbelt to green, sustainable, smart, inclusive and hopeful future. That’s something we can all be proud of.

Chi Onwurah is seeking re-election as MP for Newcastle Central.