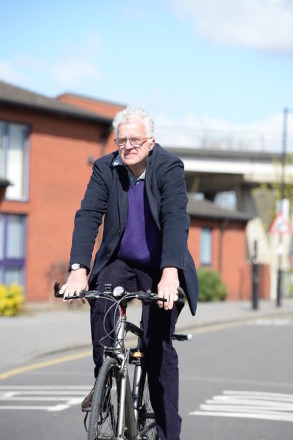 There is no doubt that it was the young people which made a difference and nearly won it for Labour. I noticed while telling for an hour in the morning that many twentysomethings were voting and their poll numbers had that tell tale mark which meant they had registered recently. I was mocked when I tweeted this out as it was in Islington but clearly this was a national phenomenon.

The task for Labour, however, is to inspire these young people and keep them voting for the party in future elections. The key issue is the environment and there was not much about it in the manifesto. There was a bit about sustainable energy and a ban on fracking, but climate change was only mentioned in relation to the Paris agreement.

There was nothing on cycling, for example, except cursory support for a national cycling strategy that is all but meaningless without serious money behind it. The transport policy was of the “we want more of everything” attitude which argued for investing in public transport and in highways, rather than suggesting that there are hard choices to be made.

HS2 has continued to receive Labour support despite the cost and the total lack of any environmental case for the line. If Labour had promised to bring the railway network in the north up to the standard of London commuterland, or had committed itself to building tram schemes in regional cities, as John Prescott did once, that would demonstrate the kind of commitment young people want to see.

Cycling can be transformational, too, as has been shown by the opening of the cycle superhighways in central London which have attracted thousands more people on to two wheels, and most are precisely the sort of voters Labour needs to keep.

To radically increase cycling, which would have fantastic benefits in reducing NHS bills – as has been shown by research released recently showing cycle commuters are 50 per cent less likely to suffer heart disease, with almost the same reduction for cancer – requires a long term concerted approach. This needs to be backed by significant funding though far, far below the levels gobbled up by mega-projects such as new roads and HS2. It is the sort of policy which will inspire young people to retain their enthusiasm for Labour.

Then there is the bigger picture. Labour needs to show that it is serious about climate change. Rather than committing to reducing energy prices, in the Ed Miliband mould, it needs to be serious about cutting carbon emissions through boosting renewable energy and insulating homes. The whole approach is rather contradictory. Wanting to keep energy prices down is not realistically reconcilable with trying to cut emissions, unless there is well-worked out policy of subsidising renewables in the short term. Mention of insulation was excellent but again this requires a well thought strategy, not just throwing money at it, as the disastrous green energy scheme in Northern Ireland showed.

Labour clearly gained a lot of the Green votes in the election but to keep these young people onside it will need to show genuine commitment to the environment, which does involve making some tough decisions.