This week YouGov published the results from one of the largest political surveys ever carried out in Britain. The pollster’s study took in more than 50,000 people and it has now published key charts from the research into how people voted – leaving us to work out why.

The “deep dive” will be studied by each of the main parties for insights as to how they can win amid demographic change. LabourList has trawled through the data to interpret what it means for our party’s push for power.

The Sun still matters. The Tory red-top tabloid is frequently spoken of with loathing by Labour MPs and many activists while it remains subject to a boycott in Liverpool. Labour should not give up on Rupert Murdoch’s favourite British newspaper, however, because nearly a third of its readers (30 per cent) backed Jeremy Corbyn’s party. More, surely, can be won over. 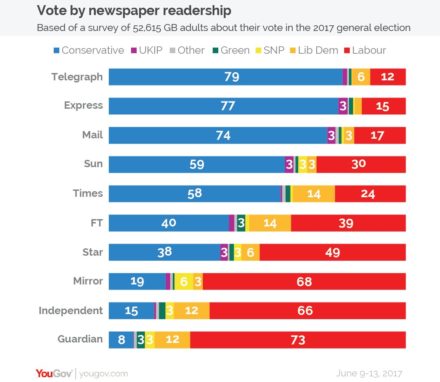 Grey hairs matter. Labour comfortably won the election among every group of voters under the age of 50. When Britons approach the half-century, however, they turn increasingly Tory, with age overtaking class as the “key predictor” of voting intention. The tipping point, that is the age at which a voter is more likely to have voted Conservative than Labour, is now 47 – up from 34 at the start of the campaign,” YouGov said. By the time you get to voters aged 70-plus, the Tories had a stonking 50 point lead over Labour. This could have been even greater had Theresa May not stumbled so badly with plans for a “dementia tax”, which she was later forced to drop. Remember also that David Cameron and George Osborne repeatedly refused to touch pensioner benefits even as they imposed spending cuts on young people and the working poor. 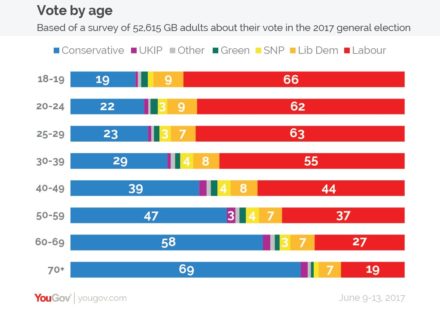 Young guns go for it – sort of. The Corbyn surge among the youth vote propelled Labour to a series of stunning wins, it has been repeatedly said since polling day. The truth is a bit more complex – yes, Labour had a winning margin of 40 or more points among each voter group under the age of 30 (see above), but the stayaways also had a bit impact. More than a third of people aged 18-29 did not bother to go to the polls, showing the scope for Labour to boost its turnout and support. 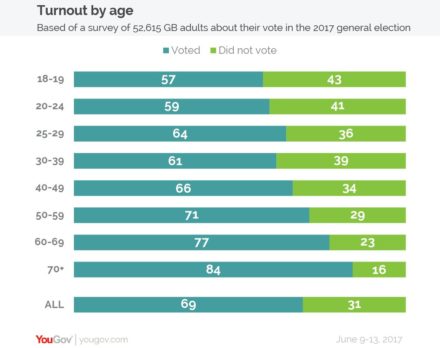 Workers of the world unite. If they did, then we would win big. The reality is that Labour scored only a narrow 44/41 victory among people on the lowest incomes, the socio-economic groups D and E, and while the picture among C1 and C2 voters was mixed. When all the different demographic groups are broken into just two, then the less affluent tier of C2DE registered a Tory win of 44/42, showing the partial success of Theresa May’s pitch to “blue collar” workers. 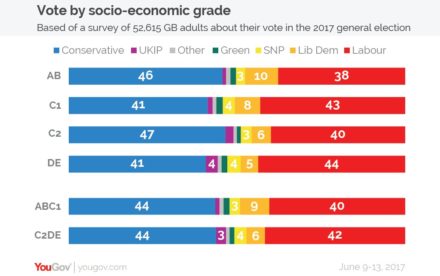 Brainy people back Labour. Ok, it is not quite as simple as that, but Labour triumphed over the Tories 49/32 among voters educated to degree level or above. We lost, however, in groups ranked as having a medium or low education by five and 12 points respectively. This should clearly worry any member because we want the party to appeal to all parts of the country, whatever the background. 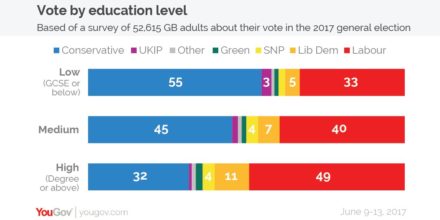 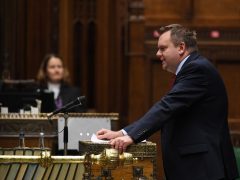