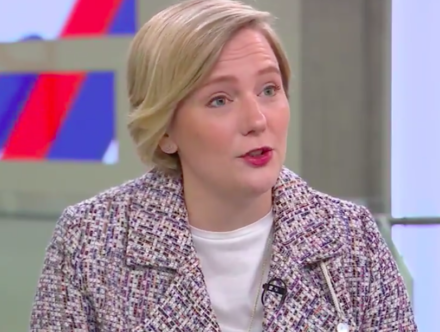 Stella Creasy, the MP for Walthamstow, appeared on Sky’s Sophy Ridge on Sunday to talk about her amendment to the Queen’s Speech which would allow Northern Irish women, British tax payers, to access free abortion services in England and Wales. Mnay have feared that in the wake of the DUP-Tory deal reproductive rights for Northern Irish women, already the least free in the United Kingdom, could be further under attack.

Labour MP @stellacreasy is proposing an amendment to the Queen’s speech about abortion in Northern Ireland. She explains why on #Ridge pic.twitter.com/vjRUOFS5ba

Shami Chakrabarti, Labour’s shadow attorney general, was also on Sophy Ridge, where she spoke about Labour’s priorities for Brexit.

She also spoke about the Grenfell fire, and what must be done now:

“The Government needs to do more” – Shami Chakrabarti reacts to the news that 34 tower blocks so far have failed fire safety tests #Ridge pic.twitter.com/lR6VQcrRQx

Debbie Abrahams, Labour’s shadow work and pensions secretary appeared on the Andrew Marr show, where she said Labour would “look to” ending the benefits freeze. You can read our write up here.

Would Labour end benefits freeze? @Debbie_abrahams says it is not costed but they are “looking” at it #marr pic.twitter.com/4K1exQAQ3Z

“We have to move forward with Jeremy in the direction he has laid out for the party and country” says @jon_trickett #bbcsp pic.twitter.com/rxrGSQxHrJ