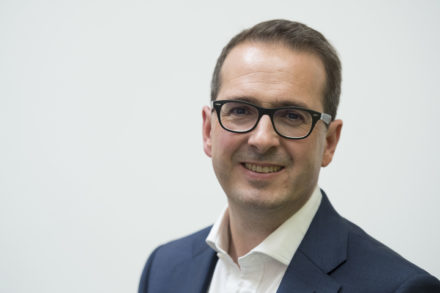 Owen Smith is the only previous anti-Corbyn voice returned to Labour’s frontbench in a small cabinet reshuffle.

Smith, who challenged Jeremy Corbyn for the leadership last summer, has been appointed shadow Northern Irish secretary. He previously served as an adviser in the department when Labour was in government.

The role was vacated by Dave Anderson, who stepped down as an MP for Blaydon at the general election. Anderson had also been filling the shadow Scottish secretary brief.

There are now few shadow cabinet positions that are unfilled for Labour, with shadow first secretary of state the most notable.

The other fresh appointees are Lesley Laird to shadow Scottish secretary, and Dawn Butler returning to shadow minister for diverse communities. Laird was elected last week as MP for Gordon Brown’s former constituency of Kirkcaldy and Cowdenbeath. The position is usually filled by a Scottish MP, and after Ian Murray resigned last year in the raft of shadow cabinet resignations had been unfilled.

Laird was previously deputy leader of Fife county council, and was one of six Labour gains north of the border at the SNP’s expense.

Andrew Gwynne, who spearheaded Labour’s election campaign alongside Ian Lavery, has been given the additional brief of shadow local government secretary. Lavery and Gwynne will continue as national campaign coordinators, to maintain Labour’s election footing.

Butler has been reappointed as shadow minister for diverse communities after she resigned the position to vote against the article 50 bill, going against a three-line whip. Butler frequently appeared at campaign events during the general election with Corbyn.

Delighted to be appointed Shadow Secretary of State for Communities and Local Government, and staying Campaign Coordinator with @IanLaveryMP pic.twitter.com/Px8zHqFoPZ

Owen Smith tweeted in response to his appointment:

Corbyn said of Laird’s appointment: “I am delighted to appoint Lesley as shadow Scottish secretary. She brings a wealth of knowledge and practical real life experience to the Commons, and will play a major role going forward as we hold the Tory Government to account.”

“She will work closely with me and Kez Dugdale as we present a positive Labour vision for Scotland’s future.”

Kezia Dugdale, the Scottish Labour leader, said: “This is a fantastic appointment and I congratulate Lesley on being made shadow Scottish secretary. I know that she will do a fantastic job holding this miserable Tory government to account.”

“I would also like to pay tribute to the work that Dave Anderson and Ian Murray did in the last parliament as Shadow Scottish Secretaries. They helped to rebuild our party, and we now have seven Scottish Labour MPs who will do a remarkable job in the Commons.”

Laird said: “I am delighted to have been appointed to this role by Jeremy. My priorities are the things that people told me are important to them in the general election campaign: that’s jobs, housing and public services.”

“I look forward to working closely with Jeremy and Kez as Labour unites to take on the Tories, and I will be holding David Mundell to account for the actions of his government which is causing misery right across Scotland.”