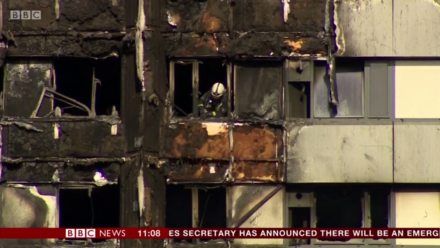 The local Labour MP for the west London seat which includes Grenfell Tower has called on the judge appointed to lead an inquiry into the blaze to stand down.

Emma Dent Coad, who was elected last month in one of the surprises of the night, described the retired Court of Appeal judge as a “technocrat” and said he lacks credibility with the victims and their families.

Sir Martin Moore-Bick was recruited by Theresa May last month but faced immediate criticism over a controversial ruling he made in a housing case in 2014 as well as over his background in commercial law.

Today Dent Coad, who represents Kensington, called on Moore-Bick to stand down from his role examining the fire, in which at least 80 people died.

“I have been talking to hundreds of people who have been affected,” she told BBC’s Today programme.

Dent Coad is respected as a long-serving councillor in Kensington and Chelsea, having first been elected in 2006.

Moore-Bick is recognised as a leading Court of Appeal judge and former colleagues have described him as “fair, pleasant and even-handed”.

Charlie Falconer, a Labour former Lord Chancellor, praised him as a “good choice” but called on him to act “very quickly”.