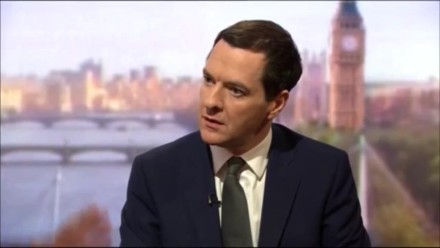 Have you ever wondered why, in a democracy where the Many have a vote, it’s still the Few who rule? The answer lies, in part, in some of the more arcane committees that sit in the darkened back rooms of Westminster, Whitehall and the City of London.

When Labour talks about Britain being a society which is run by, on behalf and in the interests of a Few, most people instinctively agree.

We all know that a large proportion of the British Establishment went to the same schools, colleges and universities. They share similar backgrounds, belong to the same networks, have the same outlook on life and they look after each other’s interests.

One way this system works is the so-called “revolving door”. This is the means by which members of the British Establishment circulate between business, administrative and political elites. As fast as they leave one post in the British Establishment, they re-enter by means of the revolving door into another part. So one day they might be in government, the next they’ll be in business.

Most would agree that people who work for government must not abuse their office, shaping policy to favour certain companies or sectors, with whom they anticipate future employment. They also out not to use their connections for undue influence that wouldn’t be available to someone else in their new position, or profit from confidential information in government.

However, a civil servant in the ministry of defence can one day procure a contract from a defence company and then go to work for that same company shortly afterwards with little fear of being challenged. Or a tax specialist in HM Revenues and Customs (HMRC) can go to work for a private company who engage in tax avoidance schemes and advise on tax rules. It is the same for ministers, army personnel and public appointees.

And it is not just those going from government to the private sector. Remember, the door revolves two ways – both inwards and outwards. Whether that’s through secondments, or through being contracted to do the work of government. Departments are scattered with consultants and bankers, given access in this way.

These spaces are almost one and the same: different outposts of the British Establishment.

This kind of practice raises more than just an eyebrow. It is a glimpse into the heart of the how the British Establishment perpetuates its position and survival. And it’s not just one or two individuals. There are dozens of cases. It’s a common phenomenon.

Even a quick glance at the notes from the regulatory committee shows a former minister responsible for commissioning our energy plant moving to doing consultancy work for the provider who won that contract. Dozens of former special advisors going to lobbying firms and the infamous case of George Osborne, the former chancellor, who didn’t even wait to get permission from the regulatory body before going to edit the London Evening Standard.

These sorts of appointments go through one of the systems which is supposed to oversee the “revolving door”, the Advisory Committee on Business Appointments (Acoba). It is not a statutory body and only has advisory powers. Its job is to prevent people at the top of government, the civil service and the public sector from using their positions for personal gain and to protect against conflicts of interest. However, ACOBA has never refused an appointment. Ever.

This is not surprising. The committee itself is populated with Establishment figures and is in no way representative of wider society. In fact, probably due to the weakness of Acoba, some are even taking up jobs in the private sector even before Acoba has made a decision on the appointment.

The rules are not fit for purpose, but there is no sign the government is going to make them tougher any time soon.

Indeed, the Tories have doubled down on their unwillingness to apply even the most meagre standards. They quietly changed the rules before the 2015 general election in an attempt to exclude their closest aides from scrutiny. For example, all special advisors, unless they’re paid over £95,000, no longer have to submit to Acoba. This means their most trusted insiders can go straight into lobbying government, using all of their prior connections and insider knowledge that no one else could have.

This week the National Audit Office has published devastating criticisms of the business appointment rules. They’ve found the rules are lacking, there is no oversight of the system and there is no monitoring to make sure any conditions are adhered to. Departments aren’t even told they can reject applications.

But there is no point simply attacking individuals who are taking advantage of the weak rules surrounding the revolving door. What we need to do is radically overhaul the system. And this is not just an overhaul of the mechanisms and rules, it also involves uprooting the current elitist culture.

From day one in government, Labour will break open the cosy club at the top of Britain’s hierarchies. We will tackle the “posh boys’ club” and take a root and branch approach across the piste. Only then can government work for the Many, not the Few.

Jon Trickett is MP for Hemsworth and shadow minister for the Cabinet Office.