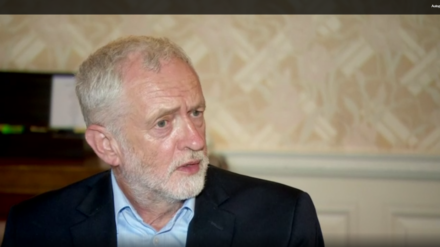 Sarah Champion resigned from the shadow cabinet of her own accord and worried her presence would become a “distraction” Jeremy Corbyn has said.

Champion resigned as shadow secretary of state for women and equalities yesterday after a prolonged backlash against an article she wrote in The Sun on Friday.

In the article, she referenced a group of “predominantly Pakistani men”, and wrote “These people are predators and the common denominator is their ethnic heritage.”

Last night Corbyn thanked Champion for her work and pledged to continue to work with her.

“She has tendered her resignation and I’ve accepted that resignation. I thanked her for her work and I’m working with her in the future because she is totally committed to protecting vulnerable women and girls within our society… It was her choice [to go].” he told the BBC.

Amina Lone, a councillor for Hulme ward in Manchester, former PPC for Morecambe and Lonsdale and shortlisted candidate for Manchester Gorton, defended Champion’s remarks when she appeared on Newsnight last night. Lone suggested that the Rotheram MP had been “used as a scapegoat”.

You can watch Lone’s comments here:

“She’s been punished and used as a scapegoat” – @Amina_Lone on @SarahChampionMP‘s resignation from the shadow cabinet #newsnight pic.twitter.com/zWSFGEJhJZ

Sajid Javid, Tory secretary of state for communities and local government, criticised Corbyn’s handling of the issue, writing on Twitter: