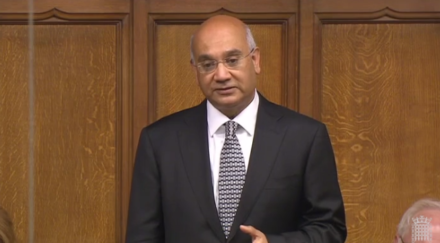 Keith Vaz has seen off the challenge of a Momentum-backed candidate to win re-election to Labour’s ruling national executive committee (NEC).

Vaz, the MP for Leicester East, won out over Asghar Khan, a Leeds councillor who was backed by the pro-Corbyn group. A video had been made, shared by the Momentum national page, in support of Khan’s candidacy.

The position, elected by people who are paid members of BAME Labour, gives a vote on the crucial ruling committee, The result was revealed last night.

Last month Khan had used an open to letter announce his candidacy that there was a need for “more grassroots BAME voices from outside Westminster on the Labour NEC”.

I’m standing for the BAME Labour seat on the Labour NEC. We need a grassroots voice – here’s my letter to members. pic.twitter.com/he5tqZzzyb