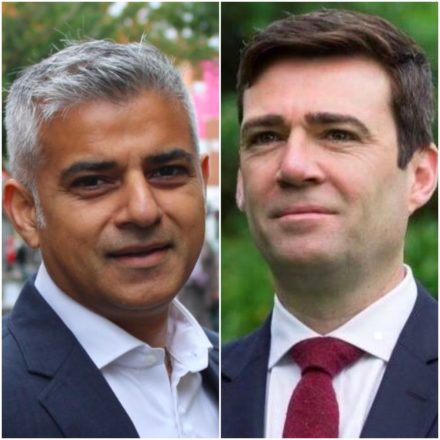 Andy Burnham and Sadiq Khan could lose their speaking slots at this years Labour conference as organisers prepare a slimmed down speaker line up with greater priority given to member debates.

Last year Khan gave a speech on the importance of Labour being in power, which some interpreted as a criticism of Jeremy Corbyn.

The city mayors might not get speeches to the main conference floor, Labour sources have said to Huffington Post, but the final conference programme is yet to be decided.

Neil Coyle, MP for Bermondsey and Old Southwark, said to The Guardian:  “Sadiq is a winner and is delivering a strong Labour agenda in London. He’s saved my constituents thousands on tube and bus fares and is delivering infrastructure projects that’ll benefit millions.”

“Given he won the highest political vote of any elected politician in the UK ever, there is simply no reason to keep him off the rostrum unless those setting the agenda don’t wish to be associated with success.”

Wes Streeting, Ilford North MP and prominent Corbyn-sceptic, said “all our star players were needed on the pitch” given the possibility of an election at any moment.

“Sadiq Khan is one of Labour’s best known politicians and given everything that’s happened in London during the past year – and the crucial set of elections in the capital next year – it would be a terrible snub not to have him addressing our conference,” he added in his comments to The Guardian.

The conference is expected to be well attended, with many CLPs sending many more delegates than usual to the event next month in Brighton.