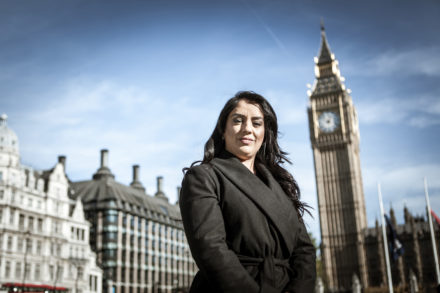 More than 100 MPs and peers have backed an open letter by Labour’s Naz Shah over The Sun’s “Nazi-like” language.

Shah, the Bradford West MP, wrote to the newspaper’s editor over a comment piece in which former political editor Trevor Kavanagh asked readers for a solution to “The Muslim Problem.”

“There is little doubt (especially with the capitalisation of the three words) that Kavanagh was intentionally comparing Muslims to ‘The Jewish Problem’: a phrase used in the last century, to which the Nazis responded with ‘The Final Solution’ – the Holocaust, as outlined by the Board of Deputies of British Jews in their complaint letter to press regulator IPSO,” Shah wrote.

The Labour backbencher won support for her campaign from more than 100 political figures, including former Tory ministers Anna Soubry and Baroness Warsi, as well as Labour frontbenchers Diane Abbott and Angela Rayner.

The letter also points out other articles that the signatories feel have evoked anti-Muslim sentiments, including an article written by Kavanagh in October 2016 where he criticised Channel 4 newsreader Fatima Manji for wearing hijab.

David Lammy tweeted out the full text of the letter and signatories:

I am proud to be one of 100+ MP’s supporting @NazShahBfd‘s call for action over despicable “The Muslim Problem” article in The Sun newspaper pic.twitter.com/6h3b4dE987