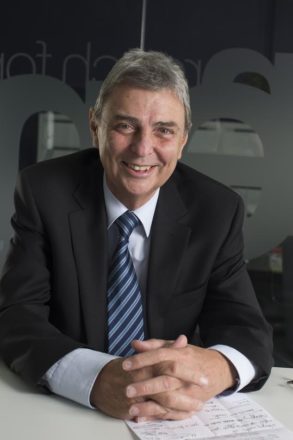 Yesterday at the TUC, I was proud to lead the debate on public sector pay. For Unison’s 1.3 million members, and millions more like them, there is no more important issue. After years of brutal austerity and vicious attacks on our public services – all overseen by a government that has shown little interest in public service – the tide is beginning to turn in our direction.

When you consider how poorly public service workers have been treated, that’s not surprising. In the first six years of Tory rule, public sector pay rose by just 4.4 per cent. Yet over the same period, the cost of living soared by 22 per cent. Meanwhile, the pay of the very richest company bosses rose by a third in a single year. So while the rich feather their already comfortable nests, those who serve our communities are struggling to afford the basics.

The government calls it prudence and restraint, I call it inhumanity. The pay cap is creating a poverty trap, sucking in hardworking public service employees, among them some of the worst victims of austerity. The care worker who can’t afford the bus home. The healthcare assistant walking back from their shift via the local foodbank. The teaching assistant secretly applying for pay day loans, knowing that if her boiler breaks down her family will be left cold this winter.

For public sector workers these are common stories. More than three-quarters have told us they’re buying less food to cut costs, while one in ten miss entire meals to make sure their children can eat. These are people who help keep our schools, hospitals, local councils and police forces going. Their treatment should be front page news and a source of national shame and outrage.

And with inflation pushing three times the level of the government’s arbitrary pay cap, the financial difficulties faced by them and their families are only going to get worse.

Of course, in recent days the government has started making some encouraging noises about scrapping that pay cap. Yet lifting it isn’t enough for those who have been hit by nearly a decade of real terms pay cuts. What is needed is proper wage rises, properly funded, and a change in the way government thinks about public service – as a national asset, not a drain on the taxpayer.

We already know the government will seek to divide public servants, setting one group against each other as ministers cherry pick their preferred recipients for pay rises. That’s why it’s so important that all unions work together, show solidarity and stay united behind a co-ordinated, national, cross-sector pay campaign. The alternative will be at best a piecemeal deal with millions left further behind. We’ve been clear from the outset – we don’t want a pay rise just for those in uniforms, we want a uniform pay rise for everyone.

And while schools need teachers to educate our children, those pupils are also supported and educated by vital school staff.

In the months ahead, Unison will be ramping up the pressure on Conservative MPs, and showing them just how serious this issue is. I’ve personally written to every MP about the need to put pay up now, and a few days ago I wrote to Unison members in 27 of the most marginal Tory seats, urging them to tell their MP that it’s time for a pay rise.

And in those 27 seats, there are more Unison members than the size of the wafer-thin majorities keeping these MPs in their jobs. Their jobs might feel insecure, but the same goes for thousands of their public service constituents.

Now we’re taking the campaign to the streets with demonstrations in London, Edinburgh and Manchester – and to the very heart of government, with lobbying in Westminster and to the devolved administrations in Edinburgh, Cardiff and Belfast.

The time has come for public service workers to get the pay rises they deserve. The public are on their side. Now it’s time for politicians to wake up, stop hesitating, and put pay up now.

Dave Prentis is general secretary of Unison. This blog was first published on the Unison website.