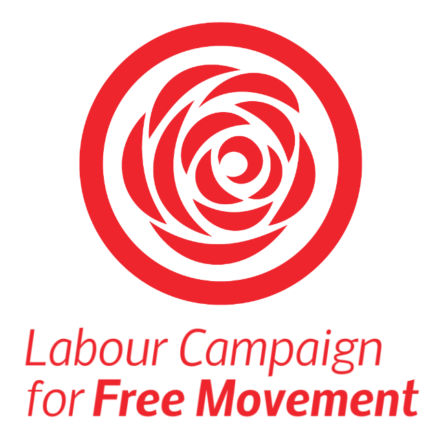 Let’s all play immigration lotto – if you are lucky then your number will be called and you will be allowed to stay, come in, work or join your family. The recently revealed Tory plans for immigration after Brexit are a golden opportunity for the Labour Party to step forward with a simple, constructive response. This should be based on protecting migrant rights, not taking them away. The priority should be protecting the British economy.

Labour is now committed to maintaining freedom of movement for at least four years, so why not extend it indefinitely? It is the one policy that would enable Britain to maintain good trading relations with the EU following Brexit. It is the one policy that will enable the British economy to attract the workers it needs to grow. Scotland and many areas of the country are basing their plan for growth on reversing the population decline by attracting migrants.

Migrants leave home and move their families because there is work – not to go to places where there are no jobs or opportunities. Migration has not caused austerity or financial collapse or fewer houses to be built; therefore stopping it will not miraculously reverse the effects of nearly 10 years of misguided economic policy.

For those who advocate ending freedom of movement, we would suggest there are five reasons why imposing yet more restrictions on immigrants is wrong and against our best interests.

1. Whose rights are we going to take away?

We never honestly define whose rights it is Britain would deny. However it is done, it would be the friends and families of people living in Britain who would no longer have the right to live, work or retire in this country or abroad.

2. Curbing immigration will make us poorer

Economic success means being open to trade and migration – with both the EU and the rest of the world. Research and development, high-tech industries, agriculture, education and public services all need open borders in a modern world.

We had roughly four workers for every pensioner in 2005 but by 2025 we will have three and by 2035 just 2.5, according to the ONS. We need more and more migrant workers across industries to support our ageing population.

4. The rich always have freedom of movement

Money always buys your freedom to go where you wish. Restrictions will not harm the rich. When it comes to employment rights or lower rates of pay, however, then the only trend will be downwards. The foot-loose global companies – players in the world market – will win.

Some people believe we can build a virtual wall around this country so that we can sort, sift and stop the good, the bad and the ugly – but it won’t work. However much money is thrown at the border, it will only criminalise migration and drive it underground. The same is true of trade, as it is of people. The vision of Britain as an off-shore, free trade, tax haven is not going to encourage firms to pay their taxes or decent wages; instead it will fill the City with rogue traders.

The thousands who have signed the Labour Free Movement statement are party members, many young, and mostly supporters of Jeremy Corbyn. They do not want to see Labour engage in an unholy bidding game with the Tories about who can keep the most migrants out. Our approach should be a community based one – investing in the jobs, houses and schools which austerity has destroyed. It should be workplace-based, not border based, so as to ensure workers’ rights are enforced.

Charlie Elphicke, the Tory MP for Dover, has recently called for the early return of “duty free” trade, as if that can somehow restore the loss of free trade with the largest trading block on the planet. Let’s be clear it will not be the rich – those with houses and pensions – who will suffer. It will be the low-paid and the young. If Labour is for the many and not the few, then that should include migrants, not exclude them.

The contemporary motion for Labour conference that has been circulated is winning backing. It aims to build support and a consensus for a progressive migration policy that we can advocate before the next election.

Historically the labour movement does not have a good track record on migration – mugs, “British jobs for British workers” and so on. It has a much better track record on standing up to racism; but you cannot be anti-racist in one country and then ignore what happens at your borders.

It will not be rocket science to predict who is allowed to settle in the country under a “controlled border” policy. At one level, at least Donald Trump is being honest – with a stance of let’s build a wall, stop Muslims and throw out Mexicans. In a very British way the Tory-UKIP policy is just the same in intent. Labour should be exposing and opposing it; not collaborating with taking away the rights of millions of migrants.

We have seen the abuse Diane Abbott has had to bear for challenging the Tory media consensus on immigration – so let’s stand up and not wave a white flag to right-wing rhetoric.

Hugh Lanning is part of the Labour Campaign for Free Movement and a former deputy general secretary of the PCS union.

Hugh Lanning is a representative of Labour and Palestine. He is a former deputy general secretary of PCS and former Labour parliamentary candidate.

View all articles by Hugh Lanning