Labour is enjoying its conference season: on the back of a strong result at the general election, the party feels buoyed that its approach during the campaign – opposing austerity and highlighting inequality – helped them gain seats against the predictions of pollsters and commentators. But how did the party fare among people on low incomes, the party’s traditional electoral base?

New analysis by professor Matthew Goodwin and professor Oliver Heath for the Joseph Rowntree Foundation has shed fresh light on the factors at play for low-income voters during the election. The analysis is compelling reading for both the main politician parties, showing that whilst low-income voters were more likely to vote Labour, both main parties increased their support amongst low-income voters by the same amount.

During the election campaign, Labour sought to appeal to voters’ concerns about austerity and economic prospects whilst the Conservatives emphasised Brexit and immigration. For those on low incomes, they were torn between their concerns about both. But the analysis shows that when faced with the choice, on balance their economic circumstances outweighed their concerns around identity and immigration at this election. So what can Labour learn.

People with incomes less than £20,000 are still more likely to vote Labour than Conservative: 42 per cent voted for Labour compared to 37 per cent who voted Conservative.

Labour and the Conservatives are neck-and-neck amongst manual workers, with 39 per cent support, while Labour has a lead amongst full-time workers (42 per cent compared to 36 per cent).

Some of the biggest Conservative advances came in struggling, non-metropolitan, pro-Brexit Labour areas, but these gains weren’t enough to convert into Conservative seats. Labour’s support amongst working-class voters has been in decline, and whilst the Conservative pitch wasn’t enough this time, they are making in-roads.

People whose financial situation had worsened in the last 12 months were much more likely to vote Labour than Conservative, by 48 per cent to 27 per cent.

People whose financial situation had got better were more likely to vote Conservative, but there were fewer of these voters. With rising prices and stagnating wages, unless there is a concerted improvement in living standards, the Conservatives could be in real trouble at the next election.

Whilst some people on low incomes were attracted by the Conservatives’ message on Brexit and immigration, their concerns about the economy and living standards were stronger.

However in an ideal world voters on low incomes want their concerns about Brexit and identity heard as well as their living standards addressed.

Over the long term, Labour’s electoral link with working-class voters has weakened, therefore these results cannot be seen just in the context of the 2017 general election. Whilst Labour can take some encouragement from the finding that low-income voters were more likely to be drawn to their economic message, this election has not halted the trend of the relative decline in support. It is possible that the Conservatives had their best showing amongst working-class voters at an election, therefore Labour strategists need to think hard about their long-term approach to win over those voters.

This means making a compelling case to people in poverty that Labour is the party that offers meaningful change, where families feel their long-term prospects can improve. Labour has made welcome moves to ease the strain on household budgets now, by committing to lift the four-year freeze on working-age benefits and tax credits.

Ending child poverty has been a cornerstone of modern Labour thinking, and while a commitment was made to continuing this fight in the manifesto, there are still major challenges ahead: tackling in-work poverty, taking action on the crippling cost of living, reforming our education and skills system and rebalancing the economy to help left behind places to name just a few.

Low-income voters are becoming the new battleground of British politics. Thinking ahead to the next election, Labour needs to address voter concern overs identity as well as living standards, and not rely on a faltering economy. Low-income voters want and need a clear offer which speaks to their social and economic interests and shows their concerns are understood. Without it, there is no guarantee these voters will back Labour in the future. 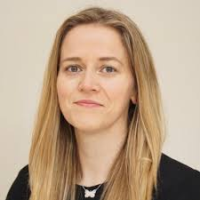