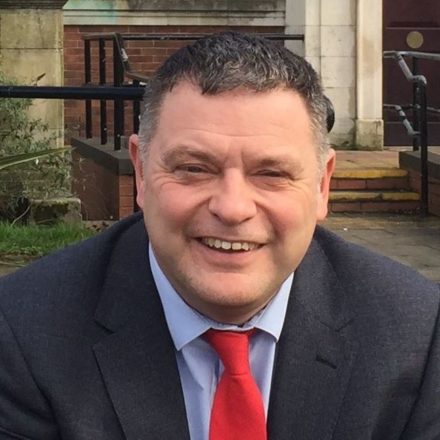 One of the first parliamentary tasks of any newly elected MP is to deliver a maiden speech – and like much of parliament, it’s governed by age old conventions. Some of these are a struggle to comprehend – I find it hard to share anger about the temporary silencing of Big Ben, but others are much easier to support. The tradition of using a maiden speech to tell the House about the history and attributes of your new constituency is one tradition I was delighted to undertake, telling colleagues about not just the rich history of Weaver Vale, but its huge variety and breadth across geography, industry and heritage – and my desire to focus my energies on those most in need.

Three months into the new job, what is already clear however, is that whilst lives, localities and jobs may be different in Weaver Vale– many of the major issues and priorities are the same. People are demanding better help into work and education and a system that is supportive and person centred not a penal and centralised bureaucracy that is failing so many. They want a genuinely integrated health and social care service that is properly funded based on need rather than ability to pay, and they want a transport system that puts us in the driving seat, regulating the buses so that our people can get from A to B on good, cheap, reliable and accountable public transport. They also seek sustainable clean energy that meets the needs of residents and businesses in the future, without jeopardising our precious environment.

What isn’t shared across the area however is the same ability to wrest control of these issues away from Westminster and its institutions. For decades Whitehall has operated with a “London knows best” mentality when it comes to power and policy. However, when this power and policy is now in the hands of a Tory government ideologically wedded to austerity, the consequences are serious and stark.

I believe that locally devolved power, funding and accountability are the best tools to counter this – but unfortunately in my constituency of Weaver Vale, devolution geography means that those tools are only in the hands of one section of the local population.

The Liverpool city region combined authority includes the Runcorn part of Weaver Vale – and therefore has greater power to make a difference over skills, transport, energy and jobs. The Cheshire part of Weaver Vale has similar priorities and similar challenges, but has neither the same powers to tackle them, or a streamlined voice to make our case to government.

This needs to change.

The solutions won’t necessarily be the same – indeed devolution would allow Cheshire the chance to shape and design our own responses which may or may not mirror those of Merseyside or even nearby Greater Manchester. It may also respond to bespoke issues affecting local people that other mayoral areas choose not to focus on.

What is clear to me though, is that the longer Cheshire goes without the voice and powers of its neighbours, when it comes to having the ear of government and investors, the greater the risk is of being squeezed out.

Those areas with devolution agreements don’t see their current powers as the end of the story – they are rightly lobbying for greater and wider ranging powers.

Our councils in Warrington, and Cheshire West, alongside colleagues on the LEP (local enterprise partnership) are doing fantastic work standing up for our region – but without real power and responsibility they can only go so far.

If the status quo remains, areas in Cheshire risk being left behind – not just by the Tory government in Westminster, but by the pace of change itself. It’s a fear that business and other representatives have already voiced to me.

There was no greater example of the current disconnect between Westminster and our region than Chris Grayling’s recent approach on transport. Plans to electrify the Trans-Pennine rail line have been significantly watered down, whilst 24 hours later London received a multi-billion pound boost from the treasury in the form of Crossrail 2. For every £6 spent on transport infrastructure in London and the South East, the North receives £1. When business leaders and politicians across the North came together to highlight this, Grayling simply told us to “sort our own problems out”.

We are willing to do so – but first we need the resources and powers to allow us to make this a reality. Crucially, if Westminster wants us to “sort our own problems” then they need to let us decide how.

My response to the government is this. Powers and priorities matter more than personalities and politicians in this debate. Let us decide whether a directly elected mayor suits Cheshire or whether a different model is needed. We don’t shy away from accountability – it’s vital where public money and decisions are involved, but as a former local councillor I’m well aware that in many senses local government is already ahead of Whitehall in terms of transparency.

Central government are constantly asking local government to innovate, so let us do just that with what the governance of our own devolution settlement looks like. Rigid assumptions of how this is achieved shouldn’t be allowed to stand in the way of a greater prize.

Gaining agreement on what this is won’t necessarily be easy. As someone closely involved with the development of the Greater Manchester arrangement, I’m well aware that there are differing views, and consensus isn’t always easy to achieve. However what I hope we can all agree on is that when it comes to decisions that affect our area – we are better placed than Whitehall to make them – and as things stand, when it comes to competition with London and the South East for funding and infrastructure, we are not being allowed to compete on a level playing field.

Mike Amesbury has been MP for Weaver Vale since June 2017. He is a member of the Communities and Local Government Select Committee, a former Manchester City Councillor and senior member of Mayor Andy Burnham’s campaign team. 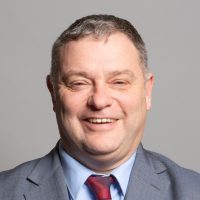