Anybody still believing that Brexit would result in a welcoming and pragmatic approach to immigration should have no more illusions now. Last night The Guardian published a leaked copy of an extensive government document setting out their plans for Britain’s future migration policy. The document’s declared intention is to radically reduce immigration from Europe to Britain through quotas, time-limited work permits, and tougher rules on families. Across more than 80 pages, it sets out a vision which will jeopardise the Brexit negotiations, and if carried out would turn Britain into a poorer and colder country.

Our country is dependent on EU citizens who work hard, pay their taxes, and contribute to our economy and public services. More than 60,000 work in our National Health Service; and given new figures today that show we face a record shortage of nurses, the idea that we could simply wave a wand and replace all of them with Brits is fanciful. Besides, if I was unwell, I would think only about the competence of the person caring for me, not their nationality.

It isn’t just the NHS – each sector of our economy depends on EU workers, which is why the Institute for Directors and the National Farmers Union have condemned the government’s plans. A study by University College London found that in recent years, EU citizens living in Britain contributed £20bn more to the public finances than they took out. A drastic reduction in immigration from Europe, as ministers seem to want, would leave us all worse off.

Earlier this summer, the government seemed to recognise some of this reality. Amber Rudd, the home secretary, announced that her future immigration policy would be guided by a report from the independent migration advisory committee, which is due to public its findings in autumn 2018. Finally, it appeared, reason and evidence would inform the government’s attitude to immigration rather than emotion and knee-jerk reaction.

This leaked document shows that announcement to have been a sham, however, as clearly the government is pre-empting the committee’s recommendations and preparing for a draconian policy regardless. This is a terrible way to make policy and implies severe splits between ministers on the issue.

This leak is not a one-off; it is part and parcel of an approach by the government which is damaging Britain’s reputation for openness and is in danger of making our country and colder and meaner place. A home office document carrying a worryingly “Britain first” message. Deportation letters sent to a hundred EU citizens with every right to be here. The spectre of the “go home” vans pioneered by Theresa May when she was home secretary. An approach to international students based on totally bogus figures on over-stayers.

It is vital that we do not allow the Brexit vote to discourage hard-working people from seeking to move to Britain and start a new life here. A closed country which erects barriers to the rest of the world is not the kind of Britain I want to see.

This chilly approach will also make it harder for ministers to negotiate a decent deal with our European partners. I agree with the former head of the civil service, Lord Kerslake, who said last night that dealing with Brexit is about nothing more than “damage limitation”.

The damage will be much greater if the EU believes we are leaving in order to make life harder for their citizens. Government policy here is totally incoherent. They want a transitional deal, in which we will enjoy the same access to the single market and customs union as we have now. But they also want to impose new restrictions on immigration during that transitional phase. This is unworkable; there is no reason whatsoever why the EU would agree to it. This kind of unrealistic posturing increases the chances of a bad deal that harms our trade links with Europe and puts jobs at risk.

It is vital that pro-Europeans fight against the destructive hard Brexit course being taken by the government, on immigration and other issues, as the Open Britain campaign has been doing. We ought to be standing up for a Britain that is engaged, welcoming and internationalist. A Britain that meaningfully tackles the underlying social and economic unfairness that fuelled the Brexit movement but which cannot possibly be solved by the irresponsible Brexit that is unfolding before us. Any movement away from that stance will harm our economy and public services, leaving the British people worse off.

Peter Kyle is MP for Hove and a leading supporter of Open Britain. 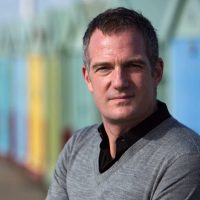 Peter Kyle is the Labour MP for Hove and Portslade and the shadow schools minister.