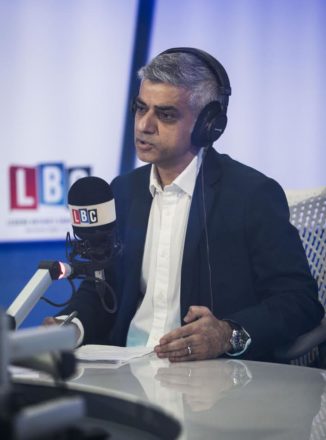 Uber has had its licenced revoked in London in a bold move by Transport for London.

The ride hailing app has been accused of multiple infractions, including over workers’ rights and passenger safety. They are also accused of using complex measures to minimise their tax bill.

Sadiq Khan said: “I want London to be at the forefront of innovation and new technology and to be a natural home for exciting new companies that help Londoners by providing a better and more affordable service.

“However, all companies in London must play by the rules and adhere to the high standards we expect – particularly when it comes to the safety of customers. Providing an innovative service must not be at the expense of customer safety and security.

“I fully support TfL’s decision – it would be wrong if TfL continued to license Uber if there is any way that this could pose a threat to Londoners’ safety and security. Any operator of private hire services in London needs to play by the rules.”

Wes Streeting, Ilford North MP and chair of the APPG on taxis, tweeted:

My statement on the courageous decision by @TfL not to issue Uber with a new licence. pic.twitter.com/rMSC06uQVr

Maria Ludkin, GMB legal director, said: “This historic decision is a victory for GMB’s campaign to ensure drivers are given the rights they are entitled to – and that the public, drivers and passengers are kept safe.

“As a result of sustained pressure from drivers and the public, Uber has suffered yet another defeat – losing its license to operate in London. It’s about time the company faced up to the huge consequences of GMB’s landmark employment tribunal victory – and changed its ways.

“No company can be behave like it’s above the law, and that includes Uber. No doubt other major cities will be looking at this decision and considering Uber’s future on their own streets.”

Frances O’Grady, general secretary of the TUC: “Uber’s fate is entirely of its own making. It is perfectly possible to run a taxi company without treating drivers poorly and cutting corners on customer safety.

“This should be a cautionary tale for gig economy employers. Unions will expose nasty schemes that cheat workers out of basic rights like the minimum wage and holiday pay.

“Firms have a choice. They can either sit down with us and work out a fair deal for workers. Or they can end up in court and over the front pages. Today’s ruling shows the power of union campaigning. And it’s a huge result for GMB.”