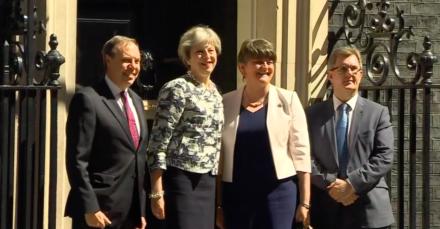 Workers in the public sector could be the key to kicking out the Tories in a general election, new research claims ahead of a major trade union rally in Westminster today.

As the TUC leads the labour movement in a march on Parliament Square tomorrrow to urge an end to the public sector pay cap, analysis from the GMB shows that public sector workers outnumber the majorities of Tory MPs in 85 key constituencies – including Boris Johnson, Theresa Villiers, Amber Rudd, Zac Goldsmith and Nicky Morgan.

“And if the squeeze continues, they face being turfed out of government during the next general election. Warm words from ministers about easing the cap won’t cut the mustard – especially when they refuse to stump up any new money whatsoever for our vital front line public sector workers.

“Our NHS staff, teaching assistants, council workers and police staff have suffered enough – it’s time they got the proper pay rise they deserve.”

The TUC said: “Public sector workers deserve fair pay, and the country can’t afford not to give it to them. We want you to join us.”