As ballots open today, it is clear now more than ever that Scotland needs a united Labour Party committed to real and bold change. We saw in June how Labour is again winning back trust in Scotland but we all know that more needs to be done.

We need to offer people a vision of the new Scotland that needs to be built. It’s a vision of real, progressive change that will help us win again but rest assured my standing for the leadership of the Scottish Labour Party is not about winning power for its own sake. I want to win power for a purpose that places achieving progress for the many, not the few at the heart of everything Scottish Labour does.

From the outset I intend to achieve progress as the leader of a strong opposition in Holyrood, but it is my ultimate intention to lead the Scottish Labour Party into government and to become the next Labour first minister.

Our vision is one based on full employment in a sustainable economy, proper funding for our public services, and providing dignity for our pensioners and hope for our young.

The manifesto I have launched today l outlines the type of society that I believe the people of Scotland desperately need and want. During the campaign I have presented policies that when woven together offer a comprehensive Labour plan for a fairer, more equal and ultimately better society.

And together, we can make that vision a reality.

Richard Leonard is a candidate to be the next leader of the Scottish Labour Party. 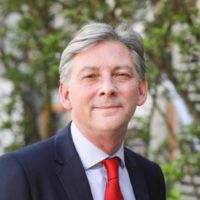