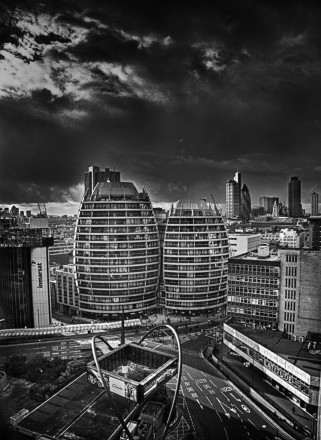 Technology is, for better or worse, a permanent and important part of our future. As this piece is written, all over the world – in Germany, the US, China and India – technology is being developed which will revolutionise the way we think, communicate, eat, sleep and live. Whilst Brexit is the main policy concern of all parties at the moment it should not limit our thinking or our capacity to pursue the future.

A new paper, published by the Tony Blair Institute for Global Change, sets out a new agenda for how technology could be harnessed by politicians to ensure a future Britain which is not limited by its neglect of technology but rather is empowered by it to provide more for its citizens. The paper’s suggestions are ones which should be examined most carefully by Labour if they wish to demonstrate they are the party of the future and embrace the technological revolution for what it is – a means to improve society for the better; to ensure Britain can still play a relevant part in global affairs and to ensure that Britain is not trapped in the past.

The paper is by Chris Yiu, an experienced writer in the field of technology and his vision – as expressed in the introduction – is clearly one of democratic engagement with technology. As Yiu points out, currently the advances that are being made in technology are in the hands of wealthy businessmen and women who are unaccountable to us as individuals. Technology will affect all of us for good or ill and, yet politicians are not engaging enough with it.

We should, as Harold Wilson did 50 years ago, accept the changes that technology brings. In order to ensure that they are used responsibly then Labour should, in Yui’s words, “play a proactive role in building a better world and making new technologies work for the many.”

Yui’s initial outline of how technology can help is split between the obvious assessments: technology can help in building societies that are affected by disasters (he gives a good example of drones enabling hospital supplies to be delivered to remote regions) as well as improving the standard of living in other societies. This is followed by assessments of how it can help with reducing our environmental impact; changing regular working hours; reforming our methods of tax and spending; improving educational standards; improving democratic engagement and many others besides.

Many of Yui’s points are extremely well made – technology should be deployed more often to help under-privileged children level the playing field by using technology to personalise their educational experience.

Similarly, he makes excellent points regarding the environment and how technology can be used to lessen the impact of our climate foot print.

Some of his points are, however, somewhat optimistic to say the least. His argument regarding the flexibility of work is perhaps too hopeful  – harking back more to the idea of robots ensuring that we would never have to work again, as seen in 1950s sci-fi comics. Similarly, whilst his ideas regarding democratic participation are nice, they are again somewhat over-optimistic. What is more interesting are his ideas about how technology can improve registering voters and helping with postal registration.

Yui goes on to talk about how government needs to improve the way it deals with technology and how it should interact with technology. There are some vital things the next Labour government can learn from his recommendations. Technology, though having caused regional problems due to work being shifted from traditional areas of manufacturing (in Pennsylvania in the US and many northern mining towns in Britain, as well as former steel manufacturers, and once vital ports like Hull and Grimsby) to other areas, resulting in a political backlash, can be the solution to these problems.

Yui’s points are clear – that government, as it had to during the industrial revolution of the 19th century, must change how it approached technology and adapt to ensure that advances were properly utilised by government. This is vital to the next Labour government’s approach to technology.

The most important part of this paper is not, however, the expressions of how technology could change our lives but rather Yui’s suggestion of how technology based policies can change our lives. Some are simple enough ideas; the creation of a Department for Digital and Technology is long overdue, as is the creation of a fibre to the premises scheme to ensure that everyone in Britain has 4G or 5G network access.

Some are more complex yet no less innovative in their vision – funding education by getting those who earn the most from it to help pay the costs of students who will benefit from the same technologically-aided education system; or the creation of “personal account managers” to help every citizen deal with any issue they have, such as finding their way through otherwise tricky government websites and to access vital services.

This paper is ultimately an expression of what could happen rather than what will happen. However, the ideas expressed can be seen as a road map for how Labour can and should approach technology policy – use it to benefit the people of Britain rather than to hold them back.

View all articles by Will Barber Taylor