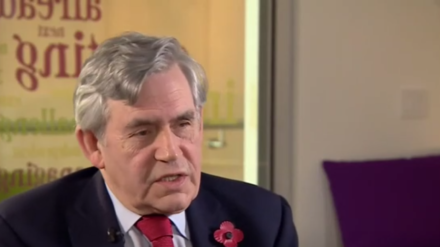 Britons could yet be convinced to remain in the EU if it becomes clear that Brexit has reached a “crisis point”, Gordon Brown has said.

The former prime minister, who campaigned for Remain, said Leave voters could still change their mind if they were offered a “game-changing” deal.

Brown, who this week published his My Life, Our Times memoir, told the BBC there would come a moment when people who supported pulling out of the EU would realise they were not going to receive what they were promised.

His book, excerpts of which were published on LabourList, has finally provided his account on nearly 20 years at the top of the party, as well as giving his version of the “deal” with Tony Blair which was hammered out in Scotland following the shock death of John Smith in 1994 before being finalised at the Granita restaurant in London.

Now Brown has adopted a similar position to that of Blair in which both former PMs have said Brexit could still be reversed following the 52/48 per cent vote last year.

“Is there something that we didn’t get right the last time that could persuade millions of Leave voters that it was worth going Remain?” Brown said.

It will become clear by next summer that Britain will not obtain “proper control” of its borders, trade and laws, he added.

“We will still be governed in many ways by the European Court of Justice.”

Brown, who as chancellor was credited with persuading Blair not to join the euro, said people had backed the Leave campaign for “very real reasons” that deserved to be respected but said there “may be scope for a reassessment” next summer.

To order My Life, Our Times by Gordon Brown from Waterstones for £15 (RRP £25), visit the Waterstones website and enter code LABOURGB when prompted at the checkout. Offer is valid until December 15. Orders can be collected free of charge at your nearest store.