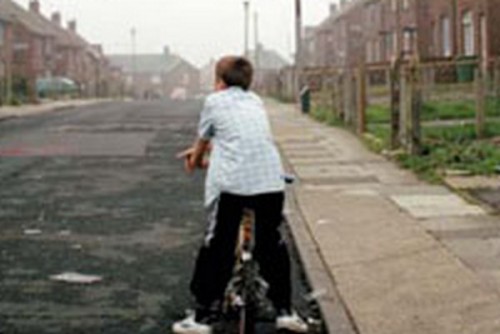 The question preoccupying politicians and journalists seems to be the current state of Britain. All roads seem to lead to Brexit but it is not clear what that will mean for the nation in practical terms. Those eurosceptics who argue that Britain can only define itself outside of Europe offer few clues about what a modern post-Brexit Britain will look like. Unfortunately the Conservative Party’s single-minded focus on leaving the EU has eaten up the space occupied by the domestic policy agenda.

For those seeking more, the kernel of an answer is to be found in the Social Mobility Commission’s fifth State of the Nation report, chaired by Labour’s former health secretary Alan Milburn. It was published this week to little fanfare but gives a hard and unsparing look at where things are going right and what is going wrong. The detail in its pages makes David Davis’ Brexit impact reports look paltry.

The State of the Nation report is not easy reading. What it demonstrates is that we are a deeply divided country with London and the surrounding areas pulling away from the rest of Britain.

We now have greater regional disparities in economic performance than any other European country. Over five million workers (mainly women) are stuck in a low pay trap. In 71 largely rural areas, over 30 per cent of people earn below the living wage.

Today, as Jeremy Corbyn takes part in the first of a series of visits to seaside towns, it is clear we do not have a purely north/south divide but a new postcode lottery where social opportunity is lacking in rural, coastal and ex-industrial areas. Now, more than ever, where you are born in Britain determines your future. We urgently need a Labour government to put equality and opportunity back on the agenda.

Milburn’s report showed that some of the worst performing areas when viewed against the social mobility indicators (spanning early years up to the end of working lives) include Amber Valley, Great Yarmouth, Broxtowe and Erewash. These are all key Labour targets for the next general election. If we are going to turn them into Labour gains, we need to show clearly how Labour will make people’s lives better there. We need a programme for a Labour government that will bring about meaningful change and give people genuine reasons to be hopeful about their future and those of their children.

It must be a distinctly Labour plan that promises opportunities and prosperity for the many and not the few.

There are two meaningful changes that could be made to radically overhaul social mobility across the nation: 1) a co-ordinated approach between government and business; and 2) investment in areas where it is necessary.

The Tories are too often failing to deliver in areas of high deprivation and poverty, alongside large cuts to local government spending. We need a renewed effort to cultivate partnerships with schools, universities, businesses and charities. Too little is done to ensure that skills are developed locally in ways that will encourage businesses to set down roots and employ people. Failures to plan are catastrophic: struggling local economies ossify and skilled workers leave, leading to hollowed out communities.

Proper co-ordination can have a significant impact. In summer 2015, the north east had one of the highest levels of youth unemployment. Following new initiatives, such as the introduction of the Gatsby’s career advice benchmarks, local youth unemployment has almost halved.

The State of the Nation report describes a plan embracing 170 secondary schools and colleges and introducing eight career advice requirements implemented by the North East local enterprise partnership. After two years, 85 per cent of the schools and colleges in the area had achieved six of more of the benchmarks. This concerted campaign helped to raise educational aspiration in an area where low expectations had fed into poor grades and ultimately lower paid jobs. It is a remarkable success.

Central government misses a vital driver for social mobility by separating conversations about social mobility, especially education or training, and industrial policy. Our party’s devolution agenda has partially counteracted this with Labour-held areas like Manchester devising an education and employability board and Liverpool city region already having an employment and skills board.

The focus on cities will leave rural and coastal areas behind. The department for business, energy and industrial strategy should have a fund to increase employment in rural and coastal areas and enable business hubs to be established (as has occurred in Brighton and in the Thames Valley). This is an idea supported in the report (and argued for on the basis of the education department funding already offered). These government-led partnerships must ensure schools and colleges are properly equipping young people with the soft skills and knowledge they need to progress.

Government needs to provide more money for social mobility but this needs to be targeted. One key obstacle to social mobility is poor investment in transport. The report tells us London and the south east have 22 per cent of England’s motorway network, numerous airports and three ports. Proposed government spending on transport per person in London is projected to be £1,943, but only £212 in the south west and £190 in Yorkshire and the Humber.

To put this into perspective, the report states the most isolated areas it can take an average of 1 hour 46 minutes to travel to work on public transport; this is nearly four times the travelling time in urban areas. Labour should ensure that funding goes where it is needed so that life opportunities are available wherever you live in Britain.

Labour is a party committed to equality and that values people. We must ensure that is reflected in our policy choices: investing in infrastructure; bringing businesses into the community; ensuring proper partnerships between schools and employers; and empowering communities at a local level in a further drive for devolved power.

It is time for us to expose the Tories’ failure to make Britain a better, more prosperous, and more united country. Only a Labour prescription will give people the opportunities they need and deserve.

View all articles by Sara Ibrahim