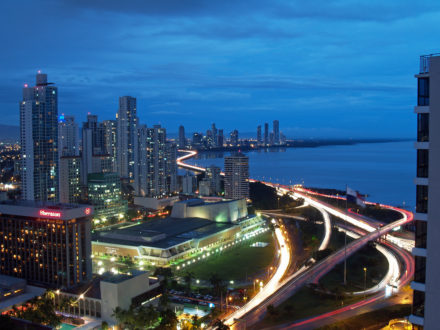 Last year it was the Panama-based Mossack Fonseca, this year it is the Bermuda-based Appleby.

Major “offshore legal service providers” offering transnational corporations and super-rich individuals a place to sink untaxed income have had their client lists leaked to the press.

Naturally, much of the attention this morning has focused on the moral rectitude of one-percenters who are paying less tax than the rest of us.

It does not particularly surprise me that the people who manage the money of the super-rich are using financial secrecy jurisdictions to decrease the tax liabilities of their clients.

What surprises me is that elected governments, who should be acting in the interests of the vast majority of their populations, refuse to close tax rackets that benefit the few over the many.

Britain is the worst offender. As every trove of data from these law firms show, this country is at the centre of the world’s largest network of financial secrecy.

By historical happenstance, we are now responsible for a number of island states that have decided to offer the world’s wealthy a legal means to bypass their tax bills in the counties where they make their money.

The Paradise Papers leak has revealed that the Glencore, the world’s biggest commodities trader registered in the crown-dependency of Jersey, is legally moving untaxed income out of its mining operations in Democratic Republic of Congo and Burkina Faso, depriving two of the financially poorest nations on earth of the tax revenue they need to develop.

Glencore has also been accused of allowing child labour. It denies any wrongdoing.

Vilifying the firm will not get us anywhere – we need action. The British government should use the constitutional power it has over overseas territories and crown dependencies to change the financial infrastructure which facilitates these practices.

Tax reform would also help the majority people who live in the tax havens, many of them poor, who are increasingly at the mercy of hurricanes and rising sea levels. At the Commons’ international development committee last week, I questioned the premier of BVI about establishing a sovereign wealth fund to build resilience to climate change. I spoke to other representatives of overseas territories, who told me that they would welcome reforms to their tax system and in their constitutional relationship with Britain.

We need to support British overseas territories and crown dependencies with aid and advice to transition away from industrial-scale tax dodging by making public the beneficial owners of the shell companies registered in their jurisdictions.

The Tories have simply consistently refused to take this necessary action. Theresa May refused again yesterday at the CBI annual conference.

This refusal of course stymies international development and fuels inequality: The equivalent of 10 percent of the world’s GDP is held in tax havens globally and the best estimates put global losses from tax avoidance and evasion as $500bn and $200bn respectively, both of which hit low-income nations the hardest.

But May’s refusal also deprives Britain’s public services of much-needed finance because companies operating here also use British tax havens to move their untaxed income offshore. Every pound of tax avoided in Britain is a pound taken out of the public purse for doctors, nurses and civil servants.

The reason that the Tory party won’t act is simple: it prioritises the needs of the super-rich over the rest of us.

The Tories are the last people who will change the current regressive arrangement. Lord Ashcroft, one of their major donors, featured on the Appleby list. Last year, the Panama leaks revealed that David Cameron had owned shares in an offshore trust. As prime minister he also personally lobbied to try to prevent EU transparency rules affecting such trusts. The rot runs deep.

Labour’s leadership team has been campaigning for tax justice for a decade now. We have called for a full public inquiry into tax avoidance and evasion, on and offshore, a register of companies and trusts, and who benefits from them, and a new tax enforcement unit in HMRC and an end to public contracts for companies abusing the system. As shadow chancellor John McDonnell said yesterday, if companies operating in Britain continue to move untaxed income offshore, then Labour will apply a withholding tax to recoup the tax at source.

Labour will act in the interests in the many, not the few. We will stop the rot.

View all articles by Lloyd Russell-Moyle