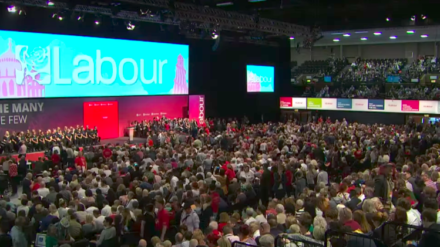 In terms of Labour Party history it’s not surprising or unusual that Jeremy Corbyn has initiated a review of party democracy, as this is something almost every previous party leader has done.

However, I have to question whether it should be the priority  now to have yet another of our periodic bouts of introspection about our own rules and structures when we have only just digested Ed Miliband’s set of changes – and these turned out to be extremely damaging. Surely we should focus on exposing the Tories and preparing ourselves for the next election in terms of campaign machinery, policy development for our next government and picking and supporting strong candidates, rather than spending energy on an internal review?

In fact Ed Miliband liked democracy reviews so much he did it twice, with the first effort “Refounding Labour” meeting much institutional resistance so it ended up being rather a tinkering round the edges exercise. The second, the Collins Review, introduced the far-reaching leadership election changes that gave us Jeremy Corbyn, a two year rollercoaster of infighting and the party going into a general election 25 per cent behind the Tories.

One lesson of all previous reviews is that major rule changes can often end up having the opposite factional impact to the one intended by the proposers. The Collins Review used a sledge-hammer to crack the nut of one contentious selection in Falkirk and instead created an existential crisis for the party by enabling thousands of registered supporters and new members to swamp the existing membership and elect a hard left leader.

The key driver behind the new review being led by Katy Clark is a sense of urgency and impermanence on the Labour left, which is an inevitable result of Corbyn’s age. With the leader aged 68, he will not be in post for ever, and the strongest candidates to succeed him come from the soft left rather than the Corbynite far left. Indeed two of these candidates for the succession are very obviously already on manoeuvres in the media and the wider party. So there is a sense on the Labour left of needing to lock in party reforms that secure some of the gains made by them in recent years and at very least ensure they retain a powerful say in the direction of the party even if the next leader is nearer the centre of the Labour spectrum.

Underpinning this is their longstanding desire to redistribute power away from the leadership and MPs to their own activists in the interests of “Labour Party democracy”.

It’s not an accident that the main factional organisation on that wing of the party prior to the creation of Momentum was marketed as the “Campaign for Labour Party Democracy”, a misnomer as it opposed one member one vote until relatively recently. Ever since the Bennite insurgency started in the 1970s a similar agenda has been pursued, by the same people like Jon Lansman who are now running Momentum, of making it easier to deselect MPs and other office-holders, giving conference more control over policy making, and giving MPs less control over picking the leader.

Whether the desire to give conference more say in policy is pursued now that the far left can write a manifesto from the leader’s office remains to be seen, as does whether they will still want to empower CLPs in candidate selections now they control the NEC machinery that oversees such contests centrally.

Culturally, the Labour left’s obsession with rule changes reflects a world view where the priority is to seize control for its own sake, whereas the moderate wing of the party is more concerned about outcomes than process.

Reference will be made to the need for practical changes to deal with the logistical reality of running local parties with more than double the number of members they had before 2015, and keeping those members engaged, active, and retained. But Labour has always had CLPs with a wide range of membership sizes and a degree of flexibility about how they can be organised, and the branch and delegate-based general committee structure is designed to be scalable and works well in CLPs with very large memberships.

Nevertheless, and however frustrating it is to have to expend energy on this exercise, we need to engage with the review and try to inject some commonsense into the process.

No review of party democracy is ever free of considerations of factional advantage so it’s natural that the grouping leading the party will want to enhance their grip on decision-making.

But overlaid are other balances of power within the party, for instance between the unions and other institutional stakeholders. The collective institutional status of the unions and their ability to veto rule changes and policy can often trump short-term ideological positioning of individual general secretaries. There is a sense in which the unions see themselves as the long-term stabilising force that created and often safeguards Labour on behalf of ordinary working people whilst middle class party members come and go and veer around the political spectrum in pursuit of the fashion of the day, whether that is Bennism, Blairism or Corbynism.

And, even if the broad sweep and the headlines in a set of changes empowers the majority faction, engaging constructively with a review can lead to micro-changes to the rulebook that are non-factional and just make Labour function better for all its members and activists.

The organisation I am secretary of, Labour First, intends to engage with the current review in a frank but constructive way, just as we did with previous reviews initiated by Ed Miliband, Tony Blair, John Smith and Neil Kinnock.

We will be consulting our own grassroots supporters to get their ideas about how Labour’s internal processes can be improved, and feeding those in.

We will revisit our submission to the 2013 Collins Review to see which proposals are still valid and should be resubmitted. In particular, with the enlargement of the CLP section of the national executive committee to nine members, we think our proposal to move this to a regional basis of representation (with pairs of regions electing a woman and an open place by OMOV) is essential in order to ensure there is representation on the NEC from every nation and region; that we can’t have the travesty again of four or five of six members’ reps being from London, and that the heavy imbalance in membership towards London, the south east and south west cannnot distort our internal democracy.

There are certain principles core to our existence as a tradition within the Labour Party which will be reflected in our submission even though we know they are likely to be rejected by the review:

For us, the key clause in the party rules is Clause I, which states:

“This organisation shall be known as ‘The Labour Party’ … Its purpose is to organise and maintain in parliament and in the country a political Labour Party …  The party shall bring together members and supporters who share its values to develop policies, make communities stronger through collective action and support, and promote the election of Labour Party representatives at all levels of the democratic process.”

This makes it clear that the key priority is to get Labour candidates elected to parliament and councils and that once there they are representatives thinking for themselves, not delegates. We should not change our rules in any way that distracts or detracts from this primary function. We need structures that are utilitarian and efficient – the purpose of any of our rules and structures must be to deliver election-winning policies and electorally popular leaders and candidates, and to enable effective election campaigns to be organised.

We need to avoid Labour being bogged down in layers of internal debate, talk-shop meetings for the sake of meetings, back-seat driving of elected representatives by committee after committee, and activity that doesn’t contribute to the core electoral purpose of the party.

Clause I is the reason why the unions and socialist societies that founded Labour took the decision to create the party, not to be a social movement or to engage in protest – they were already a social movement – but to get a voice in parliament elected.

We will call out anything that smacks of a fix for factional reasons, such as the mooted removal of Labour Students’ role in electing the NEC youth rep, which is a smack in the face to the student activists and voters who delivered Labour gains in university towns, an illogical denial of the continuous existence of separate Young Labour and Labour Students bodies for good organisational reasons; and a bizarre admission by Momentum that they cannot democratically take control of Labour Students.

Beyond these core principles we think there is scope to find common ground across the party on issues around representation of women and minority groups including BAME, LGBT+ and disabled members as well as geographical and political balance; bringing clarity to the way conference functions such as ensuring balance on the number of speakers for and against motions in debates, as well as taking votes at the end of each discreet debate rather than bundling motions and votes in a confusing way; structuring CLPs so that they can function efficiently in an era of mass membership; enhancing recruitment and campaigning; clearer CLP input into policymaking; and strengthening the union link locally.

We will approach this on the principle that we should build party structures that enshrine pluralism, diversity and the rights of political minorities within the party, whilst balancing this with the need of the leadership to take the party to victory.

We look forward to dialogue with the leadership and other currents of opinion in the party to try to find common ground and ensure as much of the package that emerges from the review is consensual as possible.