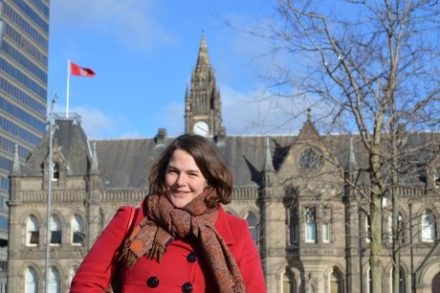 Brexiteers may not have much of a clue when it comes to Brexit, but at least they have a vision when it comes to trade: they’ve made it clear that they want to do trade deals with the entire planet the minute we are out of the EU.

Currently, Britain is part of the EU customs union and this means that trade deals are done for us and the other EU member states by the European Commission.

It is unclear whether we will ever leave the EU customs union. Indeed, the turmoil over the Irish border shows that it would come at a big price.

There is a clear economic case for remaining in a customs union. Leaving the world’s largest free trade area to enable us to further the global free trade agenda on our own is not a logic that rests easily with businesses and trade unions.

This being said, the government is laying the foundation for a future autonomous trade policy. We must ensure that it is done properly, should this plan become a reality.

The government has started identifying countries with which negotiations could be prioritised, it has set up a new department for international trade and is providing civil servants with a crash course on how to negotiate trade agreements.

But with the proposed trade and customs bills, it is clear that one crucial element is still missing from the government’s plan, and that is of how to ensure that trade policy is truly democratic.

The way it works in Brussels is far from perfect, but years of practice have led us to a set of rules and principles that London would do well to consider.

EU rules are fairly broad and give few powers to MEPs in the scrutiny of trade deals: the European Commission, which negotiates the deals, has a duty to keep the European parliament fully informed at all stage of the negotiations; and MEPs have the right to veto deals when they are finalised, but not to amend them or bind the commission to particular positions during the negotiations.

MEPs can try to steer negotiations through non-binding resolutions, which in the best case can be taken by the commission as a warning that the European parliament’s support in the end is conditional.

This is not to say that the European Commission can do whatever it wants: in all negotiations, it is bound by a mandate adopted by representatives of the member states, sitting together in the Council of Ministers of the EU. These representatives also enjoy far greater leeway than MEPs during the negotiations, with in particular greater access to documents and a somewhat more rigorous consultation process when important decisions have to be taken.

The European parliament has also its own monitoring structure, with cross-party groups of MEPs tasked with the responsibility to follow specific negotiations, in direct contact with the lead negotiators from the commission.

As such, this structure cannot be mirrored in the Westminster system, because there is no equivalent to the council in the British system.

There is a strong case to be made in favour of giving MPs the power that the council currently enjoys, to adopt binding negotiating mandates or guidelines. It is quite standard for the legislative body to do so in many countries, for instance the US. A proposal that would simply give Westminster the same powers as the European parliament would be grossly undemocratic. MPs need to have the power to choose whether negotiations should start or be stopped, and set their objectives and conditions.

Conflating the powers of the council and the European parliament in the British parliament would also resolve one of the problems made evidently clear in recent EU negotiations: the need for greater transparency.

The European Commission deserves credit for having pushed for greater disclosure of documents. But while the European parliament supports this agenda, the publication of documents still requires the consent of the council, which is far more conservative on this issue. This situation has led to a fragmented approach, where some negotiations – usually high profile ones like TTIP – benefit from greater transparency than others.

With Westminster given a strong role in the scrutiny of trade deals, a coherent set of practices could be established and greater transparency could be achieved. MPs could make their own decisions on the disclosure of documents and be in a much better position than MEPs to respond to their constituents’ concerns.

These rules go for bilateral negotiations but also apply to the multilateral level. This implies that MPs should have the right to vote on Britain’s new schedule at the WTO. The European parliament is also involved in the parliamentary committee of the WTO, and one would expect the British parliament to secure a similar role for itself.

In addition a number of rules are set in domestic legislation. For these, the commission proposes draft legislations and the European parliament is a co-legislator together with the council. This means that MEPs can decide crucial issues such as how large anti-dumping tariffs should be or whether human rights conditions should be attached to trade preferences. MEPs can also oppose specific decisions in the application of the rules.

TTIP, CETA and TiSA have shown that the time when the commission could negotiate deals behind closed doors, with the European parliament’s role limited to rubber-stamping them is well and truly over. Trade deals are no longer limited to traditional trade matters and now touch upon ‘behind the border’ issues such as domestic regulations.

The public’s expectations are far greater on trade than they used to be. It took the European parliament five years to fully grasp this new reality, from the signing of the first EU “second generation” agreement – with Korea – to the near collapse of the CETA negotiations.

Whatever comes after Brexit, Britain cannot afford to go through the same learning curve. The government and MPs have to learn quickly how a democratic trade policy must be done.

Jude Kirton-Darling is Labour MEP for the north east of England.

Judith Kirton-Darling is MEP for the North East England region.

View all articles by Judith Kirton-Darling