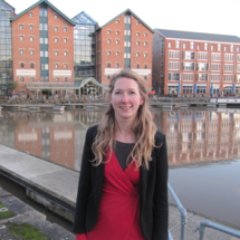 Labour activists in the target seat of Gloucester have picked a fair finance campaigner and former Green Party activist as their candidate after she won backing from the TSSA and left-wing activist Paul Mason.

Fran Boait, executive director of Positive Money, was picked from a shortlist of four to take on Tory MP Richard Graham.

Boait, who went to school in the town, ran under a campaign slogan of “local roots, national experience”.

She was backed by the TSSA, the rail union which is strongly supportive of Jeremy Corbyn, and Paul Mason, the former broadcaster turned scourge of Blairites.

“I’m so excited about being selected to run for Gloucester Labour in the next general election. We can win Gloucester and make the city work for the many, and not the few,” Boait wrote on Twitter following the hustings.

Gloucester was held by Labour’s Parmjit Dhanda up to the 2010 general election.

Boait contested an Islington council ward for the Greens in 2014.