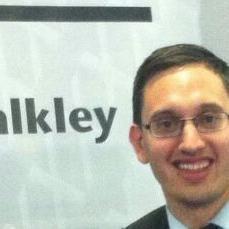 A trade union lawyer will take on a former minister in the Blair government for the right to be Labour’s candidate for south Yorkshire mayor.

Ben Curran, a Sheffield councillor and solicitor, announced his entry into the race yesterday as the deadline for nominations passed.

Curran, who works for trade union-backing law firm Thompsons, will go up against Richard Caborn, a former sports minister and ex-Sheffield Central MP, who declared on Wednesday.

Last night Curran vowed to “bury the legacy of Thatcherism” in the region.

The Tories are still loathed in many parts of south Yorkshire following the mining disputes and de-industrialisation of the 1980s.

“South Yorkshire paid a heavy price in the 1980s because we lacked political clout,” Curran said.

“The Thatcher government showed its wilful disregard towards this part of the country riding roughshod over us. Over the past decade, we have again suffered because of Conservative indifference – with austerity destroying our local public services.

“From Pitsmoor to Edlington, from Maltby to Grimethorpe, people are struggling. For too long politicians haven’t spent the time to understand South Yorkshire and its people. Devolution is our chance to change that.”