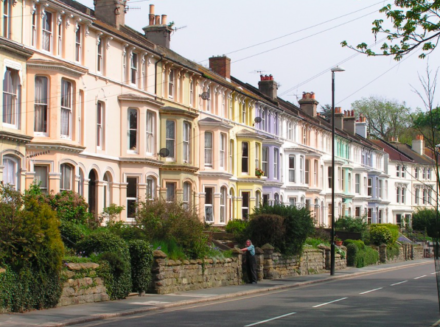 In the early 1980s homelessness was not a problem. Then came Right to Buy and restrictions no obligation on councils to replace like for like. This had the effect of reducing construction work for local building firms, many of which ceased trading.

Council tenants took up the new 100% mortgages as did other buyers and inevitably house prices started to rise rather more quickly. Now it was VAT on repairs and maintenance, which put small local builders at a disadvantage competing with the new self-employed for whom the tax mostly did not apply.

This meant that about 50 big construction companies could take control of the industry. The mortgage providers also benefited because with Right to Buy and repeal of the Rent Acts in 1986 ownership was the only way of acquiring a secure home for the long term.

To protect their interests the big 50 kept a Blacklist of whistle-blowers, skilled tradesmen who put quality and quantity on the same footing. Their case was taken up by UCATT in 2015 and to avoid publicity eight of these companies paid an estimated £75 million out of court to compensate about 3200 men whose lives they had ruined.

The power over the industry demonstrated by the UCATT settlement gives the big 50 builders powers close to those of a “Cartel” in restraint of trade. It also accounts for the constant failure of all these highly profitable companies (see Persimmon’s recent £500 million bonuses) to deliver on the promises made by all Housing Ministers since 2010.

Now about 60 per cent of all houses are owner occupied and the mortgage debt has reached £1.35 trillion (according to the Money Charity). This represents 50 per cent of the banks’ lending and is why house prices must be maintained to protect the bankers’ collateral.

Meanwhile only the most affluent can afford to buy and for the rest with dwindling numbers of council homes, private renting is the only option giving Gresham’s Law a new lease of life as bad landlords unrestricted by any controls, drive out the good. At best this will lead to tenants moving further out of town and at worst into cardboard boxes on the pavement.

It is difficult to accept the Tory government has any plan to solve the housing crisis because they cannot accept that homes are more important than house prices.

This means that those whose work is vital to the smooth running of civilised society, must be able to live in secure homes within a reasonable distance of their employment spending no more than 30% of income on housing costs. To achieve this some form of rent control must be restored to give people an alternative to ownership and a substantial mortgage debt needing upto 35 years to repay.

The only solution offered by this government is to build more houses but not too many whilst failing to acknowledge that the basic needs of millions of people are more important than bankers’ and builders’ profits.

Fortunately the Labour party is not handicapped in this way and has undertaken to make the necessary adjustments to balance our laws to make homes for all a reality.

As a start while recognising that many people have taken advantage of easy mortgages to buy their homes and are building valuable assets many more 20 to 40 year olds, even though they have good jobs are unable to find secure places to live. The solution is to provide more dwelling space to rent or buy at the right price and in the right places.

Private renting used to provide many first homes and now Labour will make three year tenancy agreements the norm with rent rises tied to inflation. There will be no agents’ fees for tenants; landlords will need a license and tenants will be empowered to take legal action to force landlords to make improvements to substandard homes. Housing benefit should not be necessary for those in work but Tory mismanagement has created the need and Labour will reverse the law abolishing it for 18 to 21 year olds.

With regard to Council tenancies the ban on long term renting will be abolished as will the “bedroom tax”. Right to Buy will be suspended if like for like replacement cannot be guaranteed and new homes will be built to high standards.

As for home ownership Labour recognises the natural desire of possession and proposes to guarantee the Help to Buy scheme until 2027 giving priority for purchasing to local people. The scandal of leasehold giving freeholders the right to increase ground rents ill be abolished.

View all articles by Henry Pryor