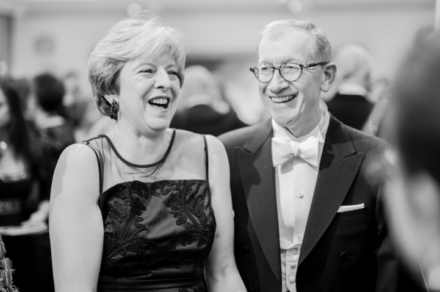 The UK is one of the most economically unequal countries in the developed world, and tax, public spending and social security policies in the austerity years only worsened the problem.

Since 2010, the Labour Party has examined the impact of tax and social benefits on different groups. The model developed by Yvette Cooper shows that the savings have come from services predominantly used by women, causing them to bear the brunt of such cuts to the tune of 86%.

While the Government fails to conduct the necessary impact assessments, others are providing evidence of the disproportionate effect that some policies are having on women, children, persons with disabilities or BAME families.

Last November, for example, the Equality and Human Rights Commission demonstrated that the costs of tax, public spending and social security cuts have been borne overwhelmingly by the poor. While everyone has lost some money after the reforms, not everyone has lost the same.

Net cash losses for the bottom 40% have been about £1,500 per year, while for the top 20% the average cash loss has been £200. On average, BAME households have paid a higher price than white households. Families with at least one member with a disability have bit hit particularly hard. Single parent households, more than 80% of whom are headed by women, have suffered disproportionately. In fact, women have been more negatively affected by tax and welfare reforms in all income brackets.

In light of this dire reality, 126 Labour, Lib Dem, SNP and Green MPs have called for an immediate equality assessment of all government policies.

In particular, Labour has tabled an amendment to the Finance (No. 2) Bill 2017 to require the Chancellor to review the equality impact of the Budget, including the way in which tax changes and benefit cuts affect households at different income levels.

We welcome this initiative. We desperately need policies that are both transparent and effective in ensuring real equality and an adequate standard of living for everyone.

The good news is that we already have the necessary tool in the statute books: the Socio-economic Duty.

Despite being in the forefront of the Equality Act (Sections 1-3), successive governments since 2010 have failed to bring the Duty to life.

The Socio-economic Duty requires public authorities, “when making decisions of a strategic nature about how to exercise its functions [to] have due regard to the desirability of exercising them in a way that is designed to reduce the inequalities of outcome which result from socio-economic disadvantage”.

Led by Just Fair and The Equality Trust, and supported by 62 academics and civil society groups (including Unison, Child Poverty Action Group, Women’s Budget Group, the Equality & Diversity Forum and Runnymede Trust), the campaign #1forEquality intends to bring the Socio-economic Duty to life.

It is encouraging to see that the Scottish Government will soon implement it.

At the time of this writing, 61 MPs from five different parties have expressed their support for the Early Day Motion 591, tabled by Harriet Harman, calling on the Government to commence the Socio-economic Duty at the UK level.

That is why we very much hope that all Labour MPs, and indeed MPs from other parties too, will rally behind EDM 591 to urge the Government to walk the walk towards that country that truly works for everyone.

Dr Koldo Casla is Policy Director at Just Fair and Dr Wanda Wyporska is Executive Director of The Equality Trust.