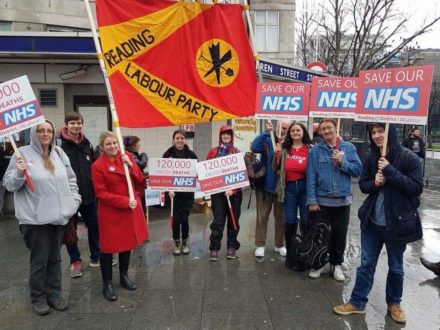 Rachel Eden has been picked to contest bellwether seat Reading West as Labour’s parliamentary candidate at the next general election.

The local councillor was backed by the Co-operative Party and Labour MP Anneliese Dodds.

At the selection meeting yesterday there were 20 votes between Eden and fellow Reading councillor Sarah Hacker, a Unite rep who was endorsed by Momentum and John McDonnell.

Hacker said she would continue to fight for the local area as a councillor.

I’ll still be fighting hard for Battle and Reading as a councillor, never fear.

Rebecca Geach, the other candidate on the shortlist, came third.

Local members are hoping to take the marginal seat, where incumbent Tory MP Alok Sharma has a slim majority of 2,876 votes. Labour’s June 2017 candidate in Reading West Olivia Bailey cut it down from 6,650.

Eden has experience of standing as a parliamentary candidate after fighting the Tory safe seat of Wantage last year.