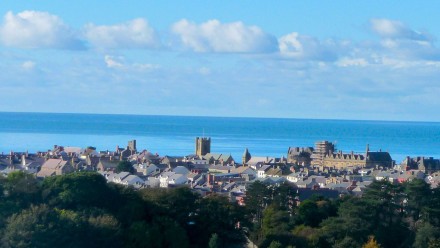 The Welsh local government reorganisation of 1974 created eight county councils and 37 district councils. Then 22 principal areas were formed, and it is those unitary authorities by which Wales has been governed since 1996.

Local government mergers are again being considered and there is a political consensus that we need larger local authorities, although calling a reconstituted Dyfed a local council does seem – to me at least – a little strange.

The current size of local authorities in Wales are shown below.

England and Scotland have several unitary authorities larger than Cardiff but Scotland has five smaller than Merthyr (Inverclyde, Clackmanshire, Western Isles, Orkney and Shetland) and England has one (Rutland).

If larger authorities were more efficient and effective, two things would happen: council tax would be lower and performance would be better. The larger authorities (and Powys, for which merging has not been deemed necessary) should charge the lowest amount.

Does council performance show that the larger authorities by population perform best? According to the Western Mail, “the quality of services delivered by local authorities in Wales is not determined by the size of the council”.

The Western Mail figures are based on 28 indicators across the range of local government areas, including education, social care, housing, environment and transport, planning and regulatory services, leisure and culture and corporate health.

From this data, it is not possible to conclude that larger councils and Powys perform better, with medium-sized authorities taking three of the top four places.

I look forward to reading an explanation how larger councils perform better.

Mike Hedges is AM for Swansea East.