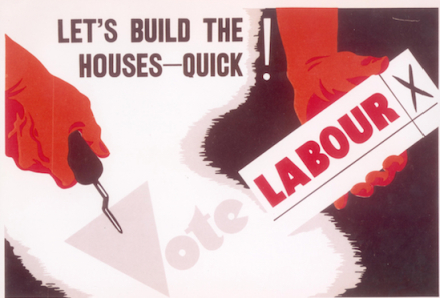 We have a housing crisis in this country that can only be solved by local government building more. Labour’s 2017 manifesto promised to build 100,000 council homes to ‘rent or buy’. It called for a ‘pause’ to the right to buy, and to lift the borrowing cap so councils can borrow more to build more.

We need to be bolder. Don’t suspend the right to buy, end it. Don’t promise to lift the borrowing cap, cancel the debt.

I’m proud to lead a district council that’s built more than 200 council homes in the last six years, but we’ve run out of ways to pay for any more. We’ve hit the borrowing cap and spent what we can from right to buy receipts, yet we have thousands of people on our waiting list and nowhere to put them.

All the while, tenants’ rents are paying £3.5m a year in interest to central government to service the debt we took on when we moved to the ‘self-financing regime’ in 2012.

In 2012 the old housing subsidy system was replaced. Steps towards this began in the final days of the Labour government and continued under the coalition. Councils could choose to take ownership of their council housing stock and keep the rents paid by tenants in order to build and to renovate.

This deal didn’t come for free. We had to borrow £91.7m from the Public Works Loan Board and hand this over to central government to buy our own housing stock, taking on a debt, and a plan for the next thirty years based on projected rental income.

Then the Tories changed the rules. They imposed a 1 per cent rent reduction, which wiped millions off projected future income and forced us to cut back on renovation plans to bring existing homes up to a more decent standard.

They massively increased the right to buy discount so tenants could buy their own homes. As a result, sales of council homes nationally have gone up five times. Each sale marks a loss of rental income for future generations, and further reduces our capacity to build and renovate.

There are calls now that because of these changes in the rules, the 2012 deal should be revisited. Better still, why not just cancel the debt? Remember when the debt ‘owed’ by third world countries was cancelled under the previous Labour government? The political will was there and it was done. Let’s be bold and do it again.

The whole country benefits from its citizens being decently housed in low cost homes – the positive effects on health and wellbeing, on reducing inequality, are easy enough to measure – so why do council tenants have to shoulder the cost? Other public benefits are paid for collectively through general taxation.

The 2017 manifesto called for a ‘pause’ in the right to buy. It’s already been ended in Wales and Scotland, and Labour must pledge to do the same in England. Locally, we are now selling about 25 homes per year. The increase in stock we’ve achieved through six years of building will soon be wiped out, as latest figures reveal that 40 per cent of right to buy homes are now in the private rental sector.

Far better to have as your landlord a democratically-elected local authority so your rents, whether paid from hard-earned wages or from housing benefit, are not pocketed by private interests, but instead go back into building and renovating more homes.

Labour needs to end its support for this bargain bucket privatisation of public assets. ‘Right to buy’ was Thatcher’s legacy. Let’s end it and put social housing back at Labour’s heart as a perfectly respectable and decent option for people in all walks and stages of life.

Grenfell showed us the horror that can occur when tenants’ voices and concerns are not heard. We must pledge to put tenant voices at the centre of the democratic process.

Liberate local councils from red tape and debt. For the sake of families stuck in B&Bs, young people stuck in expensive private rented accommodation, pensioners stuck in old pre-fabs without decent heating, Labour needs to be bolder on housing.

Doina Cornell is the leader of Stroud District Council. 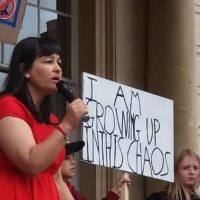 Doina Cornell is a Labour Party and Co-operative Party councillor and leader of Stroud District Council.

View all articles by Doina Cornell