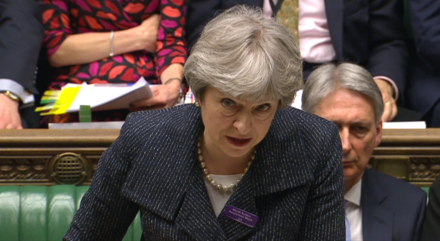 The Windrush scandal continues. Today the Guardian piles further pressure on the Tories to roll back their “hostile environment” immigration policy as a Home Office letter shows ministers have been aware of its impact on the Windrush generation for years.

Shadow Immigration Minister Afzal Khan’s LabourList piece noted that May could use a statutory instrument to restore the protections taken away by the Immigration Act in 2014. But the Prime Minister’s signature stubbornness means no shift in policy direction. It doesn’t look like Amber Rudd is going to resign over the crisis either, so as I wrote last week it’s difficult to see how this story can come to an end.

Over the weekend, the Equality and Human Rights Commission (EHRC) wrote to Cabinet Office minister David Lidington to raise serious concerns over the voter ID pilots bring trialled on May 3rd. In several local authorities, people will be asked to produce ID at polling stations. Clearly, this presents difficulties for the Windrush generation in particular.

Labour has been highlighting the problems with this project for some time. Cat Smith, Shadow Minister for Voter Engagement and Youth Affairs, pointed out the pilots would disproportionately affect “ethnic minority communities, older people, transgender people, people with disabilities”.

Until now the Tories have responded to such comments by accusing the opposition of condoning electoral fraud. But the interest surrounding Windrush has finally brought the issue to wider attention and the EHRC intervention will legitimise Labour’s concerns, which can now be seen as pragmatic rather than party political.