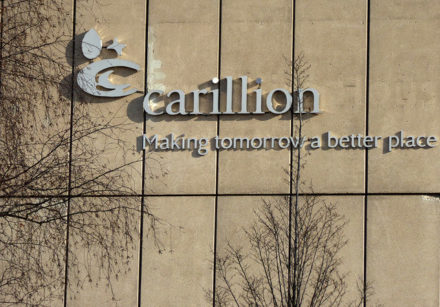 At the northern point of the city centre as you come into Liverpool is an imposing new building stretching into the sky. The immaculate cream panelling shines in the sun. It sits across the road from the University of Liverpool and a new bio-sciences park that we’re developing, creating a new gateway into our city.

You can see the huge new building is nearly completed and the blue and white NHS logo on the hoarding around the site makes clear its purpose: this is the new Liverpool Royal Hospital.

A £350m general hospital for the people of Liverpool, the Royal should already be operational. Delays and overruns mean its potential is still unrealised. The reason? The collapse of outsourcing giant Carillion last June. Work ground to a halt and, eleven months on, we are no further forward.

Last week, the House of Commons’ work and pensions select committee lambasted Carillion’s management for “recklessness, hubris and greed”. It said the company’s business model was little more that “a relentless dash for cash, driven by acquisitions, rising debt and exploitation of suppliers” with at best questionable accounting practices that “misrepresented the reality of the business”. The committee said ministers had “lacked the decisiveness or bravery” to address the failures in corporate regulation that allowed Carillion to become a “giant and unsustainable corporate time bomb”.

These scathing criticisms are entirely deserved. But they don’t reflect the story on the ground for the people and places left to deal with Carillion’s mess. The people of Liverpool (and farther beyond) are being denied a badly-needed new facility because an unchecked culture of corporate greed was allowed to run amok for too long.

I have just written to Jeremy Hunt, Philip Hammond and Theresa May to demand a meeting in order to kick start the completion of the Royal. I’m angry that patients and staff have simply been left hanging, but I’m not simply parking this mess at their door. I want to help. Anything the City Council can do to facilitate the completion of the project, we will.

The local hospital managers are doing their best in an unacceptable situation, but it seems that the Department of Health is content to tread water, letting the Royal – and other Carillion projects around the country – sit there and gather moss.

It’s a classic Whitehall farce, with different government departments and other agencies, squabbling over the mess left by the sheer greed and incompetence of Carillion’s directors. Not to mention there is now an additional £100 million in funding to be found to sort the remaining work at the Royal.

The Royal is a public service, pure and simple. The clue’s in the name: ‘National’. Ministers can’t shrug their shoulders and ignore the fallout from Carillion’s demise. Nor is it acceptable to leave a massive hole in my city’s healthcare provision. The people of Liverpool have waited long enough: They need – and deserve – their new hospital.

Sooner or later the Government needs to step in and fix this mess. With a concerted effort, we can kick start the project and get it across the line. The City Council stands ready to play our part, but Jeremy Hunt needs to step up to the mark.

Joe Anderson is mayor of Liverpool.

View all articles by Joe Anderson