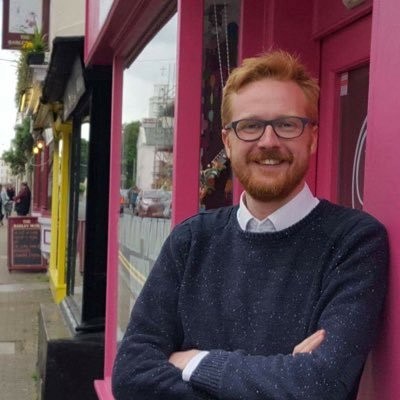 It was in the chamber during a debate on the latest bombing of Syria that Ian Austin MP asked me “what do you know, newbie?” and told me that I should “go back to Brighton with Momentum” who he said have “never really ever been Labour”.

It was unfortunately with little surprise then that I read his piece for PoliticsHome last week, which attempted to paint Corbyn as “outside of Labour’s mainstream tradition”. He tried to define the party as being of one tradition, which of course it is not.

We’ve all heard the term ‘broad church’ – it’s the most accurate way to describe a major political party. The Labour Party is undoubtedly made of up members from different political traditions, and has been since Keir Hardie. We can all play the game of revisionist history and selective memories about the formation and progression of the Labour Party, so here is another way to look at it.

There have been times throughout Labour’s history when what Austin dubs the ‘Hard Left’ were in the ascendency and represented the mainstream of the party, just as there have been periods when other traditions have rules the day.

The government of Clement Attlee was decidedly democratic socialist in its domestic ideology and internationalist in its global approach. It was George Lansbury who took the reigns after McDonald’s lurch to the right that almost destroyed our party, and it was he who espoused pacifism and feminism in equal measure. Whilst Ramsay McDonald’s decision to form a coalition government was a significant departure from the mainstream tradition of Keir Hardie’s left-wing Labour Party, we still recognise his early works as part of our party.

During the New Labour years, some on the Left had less influence with the leadership: backbench MPs like John McDonnell and Jeremy Corbyn kept their political philosophies burning through organisations in parliament such as the Socialist Campaign group. Ridiculed by those in charge, they forged ahead because they had a principled vision of the project they were working towards.

In Ian Austin’s article, no such vision exists for his own political tradition. Ian’s modus operandi seems to be to destroy Jeremy at all costs. He uses the term ‘social democrat’ in contrast to our party constitution, which states we are a democratic socialist party – a clause added by Tony Blair. Austin fails to outline even remotely what that means to him and how he’d like to see it implemented by the Labour Party beyond a platitudes of what he’s against. We get it, Ian – you don’t like Jeremy.

Indeed at times, social democrats were more revolutionary than your so-called ‘hard left’. While my colleague speaks with despair about a party takeover at odds with social democracy, there is an argument that the New Labour brand he harks back to wasn’t born out of the social democratic tradition at all, but the radical liberal tradition, as they embraced free markets with social equality and state regulation. All of these traditions and strands of thinking were brought together in a coalition known as the Labour Party many years ago, and all have a role to play in its future.

Austin even seems unable to appreciate the history behind his very tradition – refusal to be wedded to the past, and a commitment to look to the future. Was it not the third way to take labour values and bring them to the 20th century? Surely after almost 10 years of austerity, of runaway capitalism, Labour going into the third decade of the 21st century cannot simply dish out the same offerings as 30 years ago. In that sense, it is Austin who is the traitor of his “modernising” tradition in the party, with him firmly stuck like a scratched record on 1997’s ‘things can only get better’.

Corbyn’s leadership offers us forward-thinking hope, not navel-gazing dogma. Put simply, the New Labour placating of capitalism has failed a generation and they’re ready for an alternative. Unless our party offers that, Labour will become the next PASOK or the next Dutch Labour Party PvdA, both of which failed to reform and are now politically extinct.

In the unfortunate battles between the PLP and the membership, I do think far too many of my colleagues in parliament have been disparagingly labelled “Blairites” or right-wing. In fact, I think the vast majority of the parliamentary Labour Party is now committed to Jeremy Corbyn taking us into the next election and excited by the prospect of implementing his manifesto. Unfortunately, there is a recalcitrant handful of MPs who are hell-bent on wrecking the party. They are toxic and it’s time for them to bow out, exit the stage and join the chorus.

Today may not be the day of Ian’s favoured tradition to lead our broad church, but all still have a valued place in the movement if they are willing to work with the leader and members. No one tradition or way of thinking can claim ownership of our great party, as its very birth was a coming together of classes, values, ideas and world views.

To Ian, I say: stop being a wrecker. We may not always sing from the same hymn sheet but there always has been and always will be social democrats, democratic socialist and radical liberals on the pews of this broad church. Let’s embrace those traditions, not belittle them.

View all articles by Lloyd Russell-Moyle