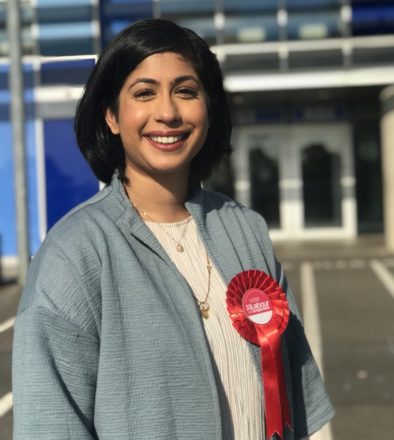 Some weeks ago, a friend texted to say there were rumours about my local MP, Heidi Alexander, resigning as the MP for Lewisham East. While unconfirmed, they said she would soon be leaving to join Sadiq Khan at City Hall.

The next day somebody else texted. They asked what I thought about the news and whether I had considered standing. Not long after, another friend did exactly the same thing. Then another.

Alongside being asked if I wanted to stand as Labour’s candidate, what soon became clear was the enthusiasm – the demand – for an all-women, all-BAME shortlist. One concern was that because this would be a by-election, the former wasn’t certain. What was more, there had been little conversation around race. Despite the borough being 50 per cent BAME, it has never known a brown or black member of parliament. I also knew that in recent selections for target seats brown and black folk had fared poorly.

So before Heidi formally announced her exit, I knew I would apply. As someone raised in Lewisham, and who can’t imagine living anywhere else, I knew I wanted to do it.

On Monday I was interviewed by a panel and – alongside three other BAME women – was shortlisted. That alone felt like a major achievement, and I am proud to be part of the first all-women, all-BAME shortlist in the history of our party.

The following day, as things went up a gear, I discovered I had won the endorsement of Momentum. While that was welcome news, I was surprised. I’m not a known operator within the party and have never engaged in politics at a national level. I soon discovered that the rationale behind my endorsement was that the local group viewed me as the best-placed candidate to win. They came to that conclusion after hosting an event with the four candidates the previous Sunday as we were quizzed on a range of issues. Here was an act of trust in the wisdom of local party members. I was astonished – and grateful.

It’s easy to talk about a different kind of politics but believing in communities to choose their best campaigners is precisely that. For me, it is the only way we can transform society, build power and make history. I’m under no illusion that a Labour government under Jeremy Corbyn will do that.

Now, with Momentum’s backing, my team and I have four days to persuade as many people as possible that I should represent them in parliament. The hustings is this Saturday.

So what do I stand for? I joined Labour in 2015 to vote for Jeremy Corbyn. Since then I have been privileged to be part of a movement changing Britain. Not just in the policies we want, but in how we do our politics – the shortlist alone is a testament to that. I’ve not just campaigned for representatives, but become one myself and was elected to be a Lewisham councillor in the recent local elections.

The 2017 manifesto was the most important political document in my lifetime. In less than two months it capsized British politics. Where Labour had lost seats in every election I could remember, now we had energy, dynamism and hope. And we gained an extra 3.5 million votes in the process.

The highlights of the manifesto were on housing, nationalisation and pay. In Lewisham East the housing crisis is as pronounced as anywhere else, with the average home costing thirteen times the average wage. The solution is obvious: more council homes and more affordable homes to buy and rent. A system that is rigged to put money in the pockets of landlords – while others work only to live in poverty – is an indignity that must end.

Then there was nationalisation. Anyone who uses trains in south London is all-too-familiar with the terrible service of Southern Rail, an advert for public ownership on tracks (although often not moving). Elsewhere in energy, water and key infrastructure the same values apply. Why should a tiny few enjoy subsidised profits at the expense of the rest of us?

On top of all that, we have experienced the worst drop in wages since records began. People can’t afford to buy homes or rent in areas they were raised in. Others struggle for forty hours a week and still use foodbanks. Many at Westminster don’t believe this is happening – that’s because they’ve spent a lifetime shutting out the world their policies create.

This Saturday I’ll make the case for why I should be Labour’s next MP in Lewisham East. It will include everything I’ve said here, as well as my commitment to accountability and internationalism. I believe strongly in the policies of the 2017 manifesto, and will be a tenacious advocate for them in parliament. I want to help set the agenda and consolidate the huge changes we’ve seen these last twelve months. It’s time to build a south London for the many – starting this weekend.

Sakina Sheikh is a Lewisham councillor standing for selection in Lewisham East. 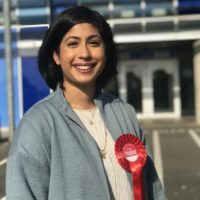 View all articles by Sakina Sheikh