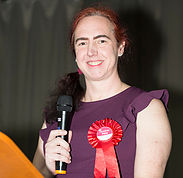 If the leadership has anything to do with it, members of the Labour Party are not getting a say on Brexit – the biggest issue in a generation.

I recently attended a National Policy Forum (NPF) consultation in Nottinghamshire. Unfortunately, all opportunities for members to put forward policy on Brexit or debate the party’s current position were shut down. The reason given? Brexit distracts the NPF from framing other policies. What nonsense. In truth, Brexit determines every policy, and therefore everything a Labour government can deliver.

Going through with Brexit will cost a Labour government £40-50bn on a divorce bill and deprive us of £36bn of tax revenue a year by 2030. It is stopping us recruiting key staff to our national health service, universities and industry. It drives up the costs of medicines and other public-sector inflation, meaning a Labour government would spend more and get less.

Brexit will leave us vulnerable to big corporates and trading blocs, who need to offer favourable terms to 500 million consumers and workers bargaining collectively. We will not have a seat at the table determining how global blocs deal with the challenge of automation to the world economy. If the NPF’s report to conference is going to have any credibility, it needs to decide which Brexit option to recommend, what it costs, and which NPF-recommended policies are to be sacrificed to cover the Brexit choice.

Let me flip the Brexit disaster for the party on its head. If Labour backed Remain, it would suddenly be £36bn per year more credible than the Tories. Instead of Boris Johnson’s £350m bus lie, Jeremy Corbyn could plausibly say that Labour would invest the £50bn EU divorce bill into the NHS. We could also have a Labour government before the Brexit date of 29 March 2019, by pushing for a ‘people’s vote’ on the final deal. This would require Labour to reject it, show that the Prime Minister’s offer does not deliver what the ‘Leave’ campaign promised, and present an alternative programme promoting investment to tackle the problems concerning Leave voters.

Labour MPs in Leave-voting areas are concerned about losing their seats if we change tack on Brexit. Most Labour areas that voted to leave did so because migrants were blamed for pressure on public services rather than government cuts. For six years the Tories and Liberal Democrats cut public services and blamed the vulnerable, claiming that: EU migrants receiving benefits made welfare too expensive; job insecurity and low wages could be attributed to EU migrants rather than the coalition government failing to tackle rogue employment practices and pricing out workers from employment tribunals; public services were suffering due to EU migrants using them.

Come the referendum, David Cameron and the Lib Dems were responsible for a ruined economy, but they were not prepared to correct Leave-campaigning Tories, who blamed the EU and migration. Labour could have put the blame squarely on austerity, not migration, but left a vision vacuum instead.

The economic reality is that those Labour seats in Leave areas will find their problems will get worse if we leave the EU, not better. The way the party will win such seats is for those MPs and prospective parliamentary candidates to identify local grievances and communicate what a Labour government would do to help.

If we accept coalition austerity was an economic disaster, we have a sound economic argument for forward borrowing over half the £36bn in tax revenues Brexit would write off.  Regional and national national executive committee (NEC) members could drive through these specific local spending commitments in our manifesto, an ‘EU-UK Marshall Plan’ paid for by the Remain dividend, which would unite the country.

The few Lexiteers are trying to stop the many members having a say on real alternatives to Brexit at the last party conference before we are due to exit the EU. Members can bypass them by submitting an alternative policy of Remain (and investment in Leave areas) to the NPF. But the best way is to vote for the centre-left candidates for the NEC: we will demand Labour members get a say on Brexit.

Heather Peto is standing for Labour’s NEC and is co-founder of the LabourSay.EU campaign. 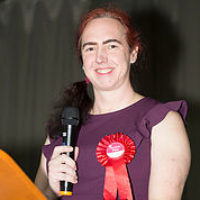 View all articles by Heather Peto