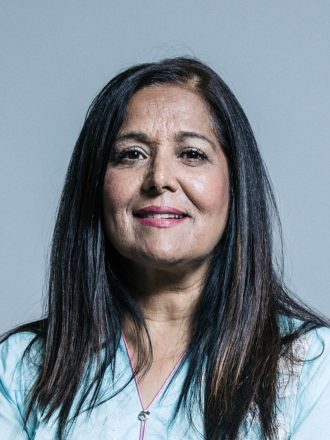 You may not know, but the government is undertaking a substantial courts reform program that will fundamentally change the way justice is delivered in this country.

Yesterday, the government’s Courts and Tribunals Bill was debated in parliament. This bill ought to be a chance for parliament to finally have its say on a £1bn plan to transfer more court hearings online or operating them through remote video-links.

Yet, disappointingly, the bill does not address the significant changes being made to the courts system through closure, cuts and a growing reliance on digital courts. Instead, it focuses on delegating judicial functions to courts staff and the temporary appointment of judges that risks undermining the independence of our judiciary.

The government has sold off hundreds of courts and axed thousands of vital court staff since 2010 and the Ministry of Justice recently launched new consultations on further courts closures in January.

There are fears that government cuts and closures give scant regard for the impact on access to justice in whole swathes of the country. Selling off local courts piles yet more pressure on the remaining courts and risks hearings being further delayed and rescheduled. This can have a distressing impact on victims and witnesses, many of whom are now forced to travel much greater distances. Of course, the most vulnerable are hit hardest. From young mothers who are unable to find day-care to the elderly who find long journeys difficult, an already stressful and daunting process has been made infinitely more so.

Another area of concern is the waste of selling off courts. Research undertaken by Labour shows that 80 per cent of these courts were sold for little more than the average UK house price. Indeed, courts in Ely, Rochdale and Consett were sold for a grand total of £21,000 combined.

The lack of clear planning in the process is highlighted by the fact that it is far from clear that all the courts which have been earmarked for sale are under-utilised or dated. For example, in my many meetings with experts and Justices, I met with recurring confusion and disappointment with the closure of Blackfriars Crown Court, which by general recognition is full most days and has modern equipment capable of enduring contemporary demands.

Equally, it’s completely illogical that the government is axing thousands of courts staff and, with that, losing expertise and years of experience whilst at the same time becoming increasingly reliant on agency staff.  The courts service spent £50m last year on agency and contract staff – a more than tenfold rise since 2010 despite many courts having been sold off. Given that the Ministry of Justice is facing the deepest budget cuts of any government department, this is nothing less than a reckless use of resources.

Few will disagree that our courts need investment and that technology has a role to play. For example, technology has made it possible for much documentation to be stored, referenced, annotated and amended using tablets and the like. However, technology alone does not demolish barriers to justice, and it can sometimes exacerbate the risks. The government should be taking a cautionary approach that thoroughly tests and reviews any modernisation programme before expanding it.

But in parliamentary answers to Labour’s shadow justice team, the government has admitted not undertaking sufficient research into the impacts of courts modernisation, including the impact on victims and witnesses and refused to publish the business case for its modernisation programme.

In May, the NAO released a report into the government courts reforms raising a range of concerns. It stated that the Courts and Tribunal Services (HMCTS) have made less progress overall than expected, “expected costs have increased, and planned benefits have decreased”, and the business case projects a funding shortfall of £61m. It warns that the HMCTS still needs to set out how the new services will work in practice.

Like so much of our justice system, the courts in England and Wales have been brought to their knees by government cuts. Labour is demanding that the government should not proceed with any further court closures until more thorough legislation that addresses the selloff, cuts and digitisation of our courts is published. These far-reaching changes must be subjected to full parliamentary and public scrutiny. In a functioning democracy that is the very least that can be expected.

Yasmin Qureshi is a shadow justice minister and MP for Bolton South East.

View all articles by Yasmin Qureshi