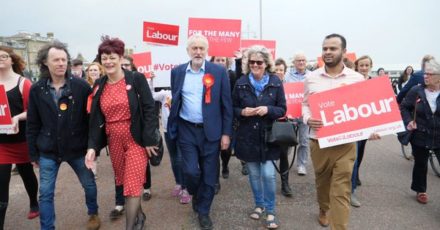 Thousands of Labour members have signed an open letter calling for investigation into the conduct of party officials during last year’s snap election campaign.

The Times‘ political editor Tim Shipman revealed over the weekend that Corbynsceptic staffers at Labour HQ undertook a “secret operation” to fool Jeremy Corbyn and his team into thinking a more ambitious campaign was being run.

According to The Times‘ report, based on Tom Baldwin’s new book Ctrl Alt Delete, Facebook adverts were ‘micro-targeted’ at the Labour leader to give the impression that the social media operation was more extensive than in actuality.

The letter demands that the following questions are answered:

The signatories – which have reached over 2,800 – include leading Corbynites such as Tottenham CLP secretary Seema Chandwani, Hackney activist Heather Mendick and Momentum chair Jon Lansman.

But, as The Red Roar has highlighted, Corbyn ally Steve Howell has cast doubt on the claims made by Tom Baldwin, who he says is trying to create “division ” and “distrust”.

Baldwin hasn’t changed his spots. He’s as anti-Corbyn as they come. The Southside comms teams (including digital) are now integrated under Seumas Milne’s direction. Baldwin’s claims should be checked out, but I think his game is to sow division & distrust. We shouldn’t let him!