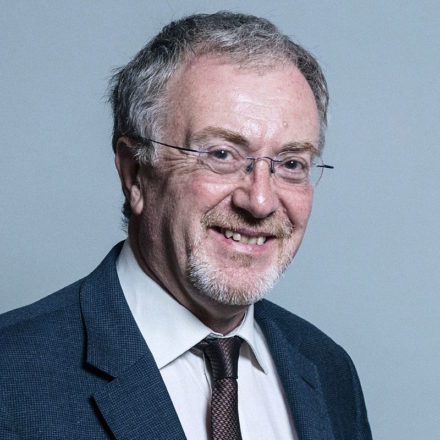 Strictly, meetings of the Parliamentary Labour Party are meant to be private. There has, however, been so much media commentary based on leaks from the meeting that I want to set out a few things to hopefully provide some additional perspective.

The main item for discussion at the Parliamentary Labour Party this week was how Labour can most effectively fight antisemitism. The importance of doing so is clear: it is not only racism, it is an abhorrent stain on society that is contrary to everything Labour stands for. There is now a growing recognition that anti-Jewish prejudice can develop in parts of the Left as well as the far-right of politics. That is not a new phenomenon but it is something that Labour – and the Left more generally – has been too slow to grasp and to confront.

None of this is in doubt. The disagreement is whether the written framework within which Labour can most effectively fight antisemitism is best expressed by a new code of conduct agreed by a sub-committee of the party’s national executive committee (NEC) or by a word-for-word adoption of a text issued by an intergovernmental group called the International Holocaust Remembrance Alliance (IHRA) in 2016. For what it is worth, I think if the two documents were looked at side by side without any preconceptions, most people would be hard pressed to say whether one is stronger or weaker than the other.

But this would be to ignore the context in which this debate is taking place. The Jewish community’s trust in Labour is at an historic low. Some of the criticism is probably unfair, but some of it is not. If a community that faces prejudice feels they no longer consider Labour a reliable ally in fighting that prejudice, it is an issue we can and must address.

Opinion on the IHRA definition is divided. Some analysts of antisemitism and others within the Jewish community have been critical. However, the biggest Jewish communal organisations have called for its word-for-word adoption. Rightly or wrongly, the consequence has been that whether or not Labour agrees to do so has come to be seen as a litmus test of the party’s commitment to tackling antisemitism.

Labour’s NEC yesterday took the view that its code of conduct is the right framework for the party to apply, rather than a word-for-word adoption of the IHRA text. Even so, the NEC’s offer to re-open the development of the code of conduct in consultation with Jewish community organisations and groups in order to better reflect their views is a welcome step forward.

So how do we reconcile support for the IHRA text with the genuine concerns that have been raised? One option would be to add to the IHRA wording, but not to remove or reword any of the original text – IHRA plus rather than IHRA minus, if you like.

Doing this should not be difficult. In 2016, the House of Commons home affairs select committee undertook an inquiry into antisemitism, which was widely complimented. Its report recommended adoption of the full IHRA definition but with the addition of two caveats in recognition of evidence they had received about the dangers of some of the original wording being adopted without clarification. Along with others, this was the course of action I urged the PLP to take on Monday in an amendment I tabled. Regrettably, no vote was taken on the amendment for procedural reasons that I continue to think were unnecessary.

What is it about the IHRA’s original wording that has caused so much concern? Recognising the need to fight antisemitism should have nothing to do with your views on Israel and Palestine. But concern has arisen from cases where the IHRA text has been invoked to suppress legitimate debate over Israel and Palestine, and to hold that statements that allege racism in respect of Israel could be prima facie evidence of antisemitism on the part of those making such statements.

But doesn’t this threaten the freedom of speech of those who argue that the increasing discrimination suffered by Palestinians both inside Israel and the Occupied Territories raises worrying parallels with Apartheid? We rightly say we must listen carefully when Jews seek to define the oppression they face, so how can we refuse to do the same when Palestinians speak out about theirs?

Whether or not you agree that there are parallels between current Israeli policy and Apartheid, when even former Israeli PM Ehud Barak has used the term Apartheid to describe the current trajectory of Israeli government policy, you’d think it would be far-fetched to believe that discourse like this could be defined as antisemitic here in the UK.

Unfortunately, there is already organised pressure to do so, using the wording of the IHRA text as an authority. Indeed, although the IHRA text is explicitly a non-legally binding definition, in March of this year, a petition was handed to 10 Downing Street that both called for the IHRA text to be given legal force and for campaigns drawing parallels between Israeli government policy and Apartheid to be criminalised.

In recent years the current government of Israel has itself demonstrated a worrying habit of trying to outlaw criticism rather than address the grievances that give rise to it. Such tactics are being used against human rights defenders inside their own country and as well as those abroad. Warnings that the IHRA text is being used to bolster these tactics are well made.

To be fair, the IHRA text also contains the words: “Criticism of Israel similar to that levelled against any other country cannot be regarded as antisemitic.” Instead of being a protection, unfortunately even this clause has been invoked to achieve the opposite. There are already examples of people being labelled as antisemites if they spend more time campaigning on against human rights abuses by Israel than elsewhere on the grounds that their criticism of Israel is not “similar to that levelled against any other country”.

Hopefully, smears like these would not be treated seriously if they were formally raised through the disciplinary procedures of the Labour Party or any other organisation that adopted the IHRA text unamended. But the danger lies in their intimidatory effect way before that. Having campaigned for a just peace in the Middle East for many years, I know only too well that if you speak up for the rights of Palestinians you will face a torrent of abuse alleging antisemitism. Here is a small selection of the abuse I have received on social media.

I have been around long enough to deal with the abuse and not to be intimidated by it. It does concern me, however, when others tell me they cannot put their heads above the parapet in support of Palestinian rights for fear that doing so will leave them labelled as antisemites.

Evidence of concerns like these were put to the home affairs committee in its 2016 inquiry and formed some of the reasons why the committee recommended the addition of the following caveats to the original IHRA text:

At Monday’s night PLP, I urged my colleagues to follow this advice by adding the same words to the IHRA text being recommended to Labour’s NEC. As I was not successful, I still have genuine concerns about the way the IHRA text can be used without those additions.

Thinking that the complexity of these issues might have had much impact on the Twitter traffic that followed Monday’s debate was probably a forlorn hope. Once again I have received a barrage of abuse. Once again I have been accused in the Twittersphere of being an antisemite for daring to voice my concerns. That rather illustrates the point, doesn’t it?

Richard Burden is MP for Birmingham Northfield and chair of the Palestine all-party parliamentary group. 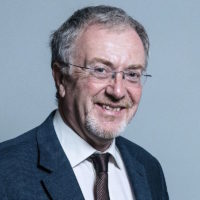