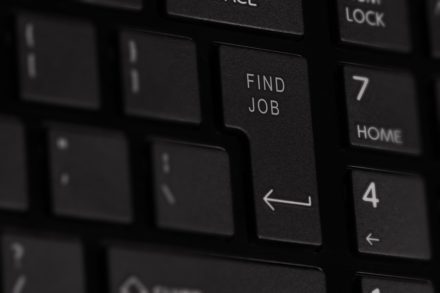 If you flip over your Labour Party membership card, printed on the back is Labour’s defining mission, as set out in its constitution: “to create for each of us the means to realise our true potential and for all of us a community in which power, wealth and opportunity are in the hands of the many, not the few”.

Work is about far more than earning an income – it is the primary means by which the Labour movement has sought to empower the working class and make the UK more prosperous and equal, whether by organising in the workplace or legislating for the minimum wage and better working conditions. Decent work, supported by a strong education system, welfare state and social safety net, has been at the heart of the Labour offer for over a century.

But as the Labour Party and trade unions are all too aware, work is changing. Old technologies are being supplanted by new ones. Industry has declined and manufacturing moved abroad. And it is becoming clear that the next big challenge for British workers will be automation – the replacement of workers with robots and machines.

Universal basic income (UBI) is an idea designed, it is said, to deal with this problem. If implemented, UBI would give everyone in the UK a set guaranteed income from the state. But in trying to come to a response to automation, UBI is the wrong debate for Labour to have.

The most common argument in favour of UBI goes something like this. Automation will lead to job losses that are swift, significant and inevitable. Whole categories of jobs will be taken by robots, for the first time leaving whole groups of people unable to find work. Depending on who you listen to, a basic income could be set at a rate that would either cover the essentials like food, water and energy; or end poverty; or remove the need to work altogether.

UBI not only fails on its own terms, it fails on the basic principles at the heart of the Labour movement too. In countries that have tested it, such as Finland and Canada, it has been postponed or cancelled for being expensive and ineffective. Advocates argue that bureaucratic costs may decrease, but the amount of money given to people who wouldn’t need it would far outstrip potential savings. Even if you take the prediction of sweeping, unavoidable job losses for granted, why is this an improvement on a targeted welfare system that could funnel more money to those who actually need it?

Worse still is the assumption there is an unavoidable shrinking of the jobs market and a permanent increase in unemployment on its way.  First, this is not something we can predict with any certainty. Technology could open up new sectors, help to re-skill workers or make companies more environmentally sustainable. Automation could lead to job losses, but being pessimistically resigned to this as an inevitability prevents us from looking at the ways that outcome could be avoided. There is no reason to believe that public policy cannot be adjusted to protect jobs and workplace rights, while using the technological revolution in a pro-worker way.

But the biggest problem with the argument for UBI is how little it has to say about the impact of permanently high unemployment on the workless and society as a whole. Growing up as a Labour and GMB activist in the North East, I saw the social consequences of high unemployment first hand. Social problems such as drug use and crime are more common in communities with high unemployment and in towns where job prospects are bleak, more problems can arise at school age, leading to squandered opportunities and a lack of motivation among young people to make the best out of their education. Where high unemployment is endemic, poverty, inequality, and social problems persist.

This is precisely why work has always been at the centre of the Labour movement’s offer. With decent employment and a healthy jobs market comes self-reliance, dignity, motivation and self-empowerment. One of the lasting legacies of Labour’s greatest Prime Minister Clement Attlee was a firm commitment to full employment as a social good as well as an economic one. We cannot accept substantial job losses no more than we can forecast their inevitability.

UBI advocates get one thing right: the threat of automation is real and deeply concerning. It should be studied and planned for, as the Fabian Society and Community Union’s new commission for work and technology intends to start.

These groups are starting to ask the questions we all need to consider more widely. How do we use workplace technology for the benefit and empowerment of the worker? How can we protect rights at work in the age of Amazon? And how we can put into action the principles at the heart of our party in the age of machines?

UBI doesn’t provide satisfactory answers to any of these questions. Because as our membership cards emphasise, our aim should be to put power and opportunity – not just income – in the hands of the many and not the few. A basic income won’t do that.

Tom Wilson is a GMB activist and works for a Labour MP.

View all articles by Tom Wilson