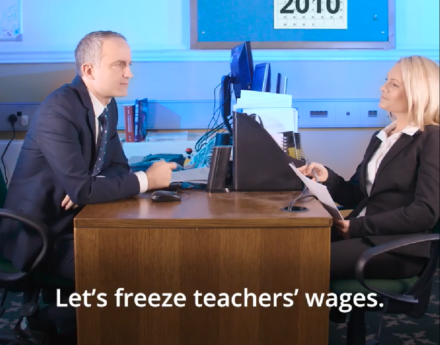 Labour’s latest video is already one of the most successful released by the party. In the three days since its release, the video has received over two million views and over fifty thousand shares across Twitter and Facebook.

The video, entitled The Cycle of Austerity, demonstrates how Tory austerity policies have a knock on effect between sectors, in a cycle that ultimately reduces economic growth and prosperity.

The video concludes with the simple message that “austerity doesn’t work.”