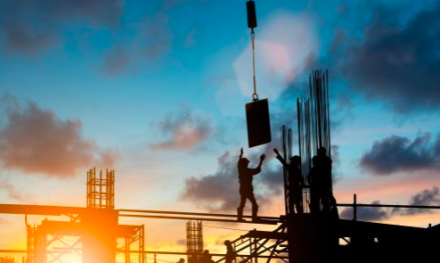 How do we mend capitalism and end populism? The populism that is fuelled by surging inequality around the world? After two years of hard graft, the IPPR has answers. Today, its commission on economic justice, whose members include the Archbishop of Canterbury, has produced its final report. It is a magnificent, parliament-sized package of radical reform that reconnects wealth creation with social justice.

Here is a clear, compelling case for why the status quo is simply not an option – with a radical, realistic blueprint for reform. We are cursed, argues the commission, not with an economic model but an economic muddle. Anaemic growth (amongst the slowest in the G7) is 90% driven by debt-paid consumption, a toxic combination of low investment and high centralisation means we’re less productive than our competitors, and jobs, for millions of us, are no longer a route out of poverty or the path to a good life.

The prescription is bold. The linchpin is a ‘mission-oriented’ industrial strategy focused on boosting our industrial base and exports – but financed on a wholly new scale, using new fiscal rules to drive up public investment by an extra £15bn a year; a £200bn national investment bank with strong regional banks on the ground, coordinated by four new Economic Executives for England tasked with ending regional imbalances in what’s billed as a new ‘economic constitution’. And the Bank of England’s mandate should change to include goals to keep genuine unemployment and underemployment low – and house prices down.

To rewrite the rules of the labour market, the commission proposes a real £10.20 minimum wage, set 20% higher for anyone on a zero-hours contract, with New Zealand-style ‘rights of access’ for trade unions, crystal-clear rights to join a union and trials of auto-enrolment in unions for workers in the gig economy. In the boardroom, we should finally privilege those with a genuinely long-term perspective – aka workers – by putting workers on boards (at least two on every company with more than 250 staff) and remuneration committees, while changing company law to enshrine both a long-term view and a duty to all stakeholders.

In the capital market, new fiduciary duties are proposed for asset managers and priority rights for long term investors. New tests for takeovers are suggested plus crucial reform of competition law which introduces a new public interest test to check today’s uncontrolled Technopolies carving up the digital marketplace. Finally, to ensure wealth is genuinely shared, a £186bn Citizens Wealth Fund is proposed with payouts to help young people plus a total overhaul of the tax system with German-style formula-based calculations of income tax and equalisation of income and capital gains tax rates, and a slew of new wealth taxes.

It is a transformational plan. But what’s best about this report is that it is, above all, more than the sum of its parts. Why? Because it resets the narrative. Once upon a time, back in the 1990s, we believed in a theory of inequality known as skill-based technical change. Simply put: what you earn depends on what you learn. It inspired the mantra ‘education, education, education’. Now, thanks to the seminal work of Thomas Piketty and Joe Stiglitz, we know that it is inequalities in wealth/capital plus skewed rules of the game that drive fortunes to the richest. That is why we will never deliver equality by rolling back the state. Only an active state can make the difference delivering the common good, ‘where prosperity is joined with justice’.

Much is at stake in this debate. Everything I learned in the Treasury during the financial crash taught me that we need a radical plan to rewrite the rules of our economy. Today, Oxfam reckons that an extraordinary half of world wealth is in the hands of the top 1%. The richest 42 people own as much as the world’s poorest 3.7 billion people. But if the richest carry on accumulating wealth at the rate they’ve enjoyed since the crash, my research shows they will own two-thirds of global wealth by 2030. That’s $217tn. Equality this century will be out of reach – with unimaginable consequences for rising nationalism. That’s a dystopia we need to avoid. Today, the IPPR has given us a roadmap for precisely how we change course.

Liam Byrne is MP for Birmingham Hodge Hill and chair of parliament’s cross-party think tank on equality, the APPG on inclusive growth.