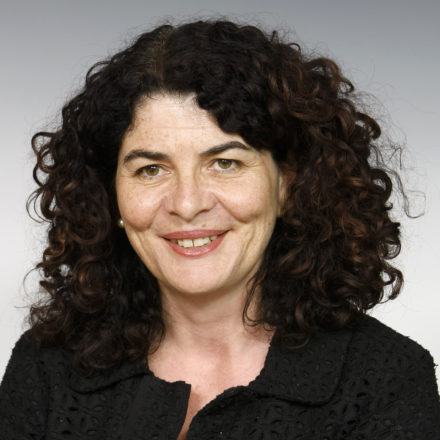 Labour MP Diana Johnson will today introduce a ten-minute rule bill in the House of Commons that would see abortion decriminalised. Currently, the Offences Against the Persons Act 1861 makes abortion illegal in the UK except when there is a risk to the life or health of the mother, and this legislation was only partly superseded by the Abortion Act 1967. Ahead of tabling the backbench bill, Johnson spoke to LabourList.

How did abortion become a key focus in your work as an MP?

I was talking to a consultant in Hull who worked in women’s health about abortion. I thought that the 1967 act had been in place for a long while and whenever we’d raised it in parliament it had always been about restricting and time limits. I asked: ‘What would be a progressive step in terms of abortion law reform? Would getting rid of the requirement for two doctors be a sensible step forward?’ She said: ‘What you need to do is decriminalise abortion, get rid of the stigma, take the criminal courts out of the whole issue – what is essentially a healthcare matter between a woman and her doctor. Have proper regulation but get rid of the criminal element.’

Abortion has the oldest legal framework of any healthcare procedure in the country. The 1861 act was 157 years ago and the David Steel act was over 50 years ago. We know there’s been huge advances in medicine and women’s role in society since then. It was time to test the water and see if we could have a progressive abortion law that was fit for 2018.

It’s quite a technical subject because of Northern Ireland, where restrictions are very stark. Because we’ve had the referendum in the republic, the Supreme Court case in the summer when it was established that women’s human rights were being breached by the current abortion law, it seems to me even more relevant to take a decision in parliament now about a modern, fit-for-purpose abortion law.

Northern Ireland is often ignored in this conversation. Why is that?

It’s always too difficult to deal with because of the political situation there. There’s always been a crisis looming, or ‘this isn’t the time’. For many years, lots of MPs have wanted to do something but have felt this is in the ‘too difficult’ pile. The republic referendum and that Supreme Court case opened the door to say: if women’s human rights are being breached in Northern Ireland, part of the UK, then Westminster parliamentarians need to do something. That’s why I think there’s support for decriminalisation. This bill means that when the Northern Irish assembly gets back together, they can set up what the law will be in Northern Ireland, but it takes away the criminal law that this parliament made in 1861. I don’t think it offends devolution because human rights are not a devolved matter – they’re a matter for us all.

Penny Mordaunt and Theresa May seem to disagree on the devolution issue. Have you been working across party lines ahead of the bill coming to the Commons?

I’ve been talking to lots of MPs and we’ve got five different Westminster parties whose members are backing me on the bill. Abortion is a conscience issue, so there isn’t really a party line, but you’re absolutely right that devolution issue is one that’s been mentioned. When Stella Creasy got the emergency debate in parliament this year, after the referendum result, the SNP’s frontbench position seemed to be that devolution was the priority and that women’s rights had to be dealt with through the devolved assembly. I remember that some of the SNP backbench women took a different view and felt that women’s rights trumped the devolution issue.

There is a tension, particularly because in this parliament the Conservatives don’t have a majority and rely on the DUP. The DUP have firmly set their face against doing anything on this issue. Although they keep saying they were already looking at this issue…  Well, they might have been looking at it but nothing had changed. Yes, devolution is an issue but my bill removes the 1861 criminal law provisions without telling Northern Ireland what should happen there.

The only thing in my bill that extends to Northern Ireland is around the conscientious objection clauses. That, for the first time, would mean there’s statutory protection for doctors and nurses in Northern Ireland.

There is an issue, too, with being able to take the second abortion pill at home, isn’t there?

We had a bit of a victory with that. The 1967 act says you have to attend a clinic on two separate occasions and that means for women in rural areas or in abusive relationships, where it’s difficult to get out once let alone twice, that’s been a problem for them. Doctors haven’t been able to give two tablets at the same time.

In Scotland, they’ve had home use for about a year. Wales earlier this year said they were going to do it. When Matt Hancock became Secretary of State [for Health], I coordinated a letter with about 50 MPs to write to Matt and say this is a real issue – women are travelling, they could suffer a miscarriage on a bus, this is not what we want…  Over the summer, he wrote and said yes, absolutely, we’re going to do this. That’s a victory in terms of recognising that women’s healthcare has moved on and we need to have the best for women in England.

Have constituents and other women been in touch with you about your work on abortion legislation with their experiences?

I’ve had lots of women thank me for standing up and saying something. In the summer, when we had that emergency debate, women in parliament got up for the very first time and spoke about having had an abortion themselves.That’s never happened before and it’s part of getting rid of that stigma. When you think one in three women in their lifetime will have an abortion – that’s a huge number of women. We need to talk about it. Attitudes in society have changed and the vast majority of women think it’s a matter for the woman to make the decision about what’s best for her. It’s not a matter for the criminal courts to be involved with.

Saying that, of course we want proper regulation. I’m not saying it’s a free for all: this is about making sure it’s a registered practitioner in proper clinics with prescriptions. All of that needs to be kept in place, and the time limit of 24 weeks will be kept as well. There’s an issue at that point about viability. I think parliament would probably support this bill up to 24 weeks but post-24 weeks I think people feel it’s appropriate for the criminal law to still play a role.

Is there anything else included in this bill we should know about?

We’re saying we trust women and doctors to make these decisions, but I also wanted to beef up protections for women. The bill that I drafted has a new offence in it for someone who causes a women to miscarry – a non-consensual abortion. Domestic violence can start during pregnancy. The law at the moment says if you attack a woman, intending to cause a miscarriage, that’s a criminal offence. If you’re reckless, there’s no offence. My bill adds that if you are reckless and it’s a woman of childbearing age and she miscarries, that would be a criminal offence and could carry a lifetime sentence. Also, if you put abortion pills in someone’s food, again forcing a woman to have an abortion, that would be a criminal offence.

People who’ve been opposed to my bill has said I want to abort up to birth – that’s not right. That I want to remove protections – no, I want to strengthen them. And I want to keep the conscientious objection as well, extending it to Northern Ireland.