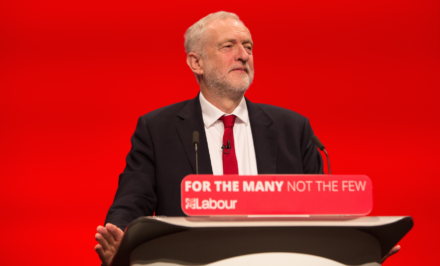 When the Labour leadership opted not to table a no confidence motion earlier this week, it felt like a good decision at the time given the slim prospect of a majority in the House. With the benefit of hindsight, following Theresa May’s Pyrrhic victory in the internal Tory vote of confidence, Jeremy Corbyn’s strategy is vindicated further.

It remains possible that the DUP will vote down May’s deal but refuse to back a no confidence motion tabled by Labour. It remains possible that the 117 Tories who have no confidence in May’s leadership would balk at publicly breaking with their government. Nevertheless, the Labour is right to wait until the time a motion is most likely to succeed before moving towards support for a fresh referendum. For Labour to win a no confidence motion, it needs a majority once. For Labour to be the biggest player in driving a referendum bill through parliament, it needs to hold a majority together repeatedly and over time, with no room for missteps.

The parliamentary arithmetic is difficult. Minus non-voting MPs, 318 is the magical number for a majority. Were Labour to formally back a people’s vote today, the combined share of opposition parties would fall short of that, with 304 as a best case scenario. 14 votes would have to be peeled away from the Tories for a nail-biting majority of one – and yet only nine Tories have publicly come out for a people’s vote. This is a big ask, made bigger still by the reality that not every Labour MP will vote with the whip. There are longstanding Eurosceptics in the PLP, along with members in Leave or Leave-leaning marginal constituencies who have their own electoral concerns about the reaction to backing a referendum. Any vote against, and even any abstention, will make the process more arduous.

Even if such a majority could be cobbled together, it would then have to be guided through the legislative process. What should the question be? Should 16-year-olds be enfranchised? What’s on the ballot: Remain vs. No Deal; May’s Deal vs. No Deal; Remain vs. May’s Deal; or a combination in a multi-option referendum? Perhaps there would be more than one question. All arguments have merit, and all would have the potential to collapse any precarious majority in favour of a referendum.

Time is a factor, too. The People’s Vote campaign is confident that the EU27 would accept an Article 50 extension (something that requires unanimity in Council), but nonetheless accepts the difficulties the 2019 EU elections could throw up with timetabling. They suggest that “the simplest and clearest thing would be for [a referendum] to take place before March 29th” or, failing that, “between March 29th and May 26th”. This is incredibly optimistic.

The Act pertaining to the 2015 referendum took seven months to pass from first reading to Royal Assent, and that was at a time when there was agreement in the Commons. That consensus no longer exists, and under the constraint of what would be a slim majority, the claim that legislation could pass through parliament by May, let alone March, is verging on the irresponsible. UCL’s Constitution Unit estimates that the shortest timescale for a referendum would be 22 weeks (five months), but only if there is cross-party agreement on a referendum, over the question and franchise, and no amendments are brought. In other words, only if nothing goes wrong.

The reality of how Brexit has unfolded is that every option to avert no deal has its own flaws. The choice now is in picking the least flawed option. A no-confidence strategy is by no means ideal: we would be relying on votes from the reactionary right who have much to fear from those who would govern for the many. But we would only have to get it right once. Pivoting to a people’s vote now is riskier still because once it is done it cannot be undone, and there is no clear roadmap to success. There may yet come a time for Labour to adopt a ‘Hail Mary’ strategy, but it isn’t now.

View all articles by Greg Sproston