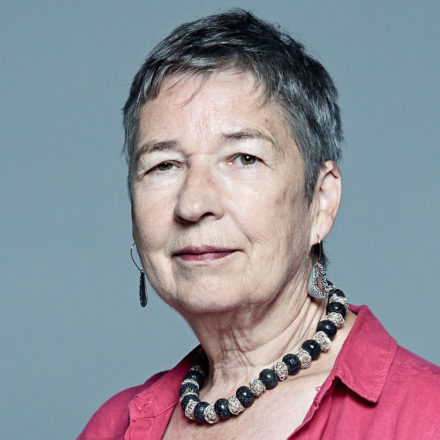 I held an adjournment debate recently on ‘rape myths and juries’, calling for a wide-ranging inquiry into the crisis engulfing the criminal justice system and its approach to rape cases.

Part of that inquiry should include examining whether juries are the best way to deliver justice in rape cases because of the dominance of rape myths. The inquiry should also look at what constitutes consent; the role of specialist rape courts; judge’s directions; the use of expert witnesses and pre-recorded cross examination.

The debate was set against the backdrop of an ‘explosive cocktail’ of figures, including shockingly low charging and conviction rates. The number of rapes charged by the Crown Prosecution Service has plummeted by 23%, at the same time as reported rapes have soared by a massive 150% increase in the last five years. There has also been a 13% fall in prosecutions and a 12% decrease in convictions.

So we have a situation where there is a greater willingness by victims to come forward but the criminal justice system is failing to keep pace. We risk going back to the dark days when rape victims dare not speak out. I submitted a Freedom of Information request to the Crown Prosecution Service, which revealed that less than one third of prosecutions brought against young men aged 18-to-24 resulted in a conviction, the lowest of any age group.

We need to explore the reasons behind the low convictions and how rape myths, stereotypes and attitudes affect juries. The rates may reflect the prevailing attitudes in society and therefore of juries, towards young women, who are often blamed for their own rape. Despite the increasing numbers of women coming forward, the overwhelming majority of rape victims still do not report to the police. Only 17% of victims come forward.

Rape myths about how victims are expected to behave continue to pollute our society and jurors take these attitudes into court. These include that a woman who has drunk a lot or is dressed a certain way or flirts cannot complain if she is raped; or that it is only rape if you have injuries or that real rapes are done by strangers in alleyways.

The justice system needs to deliver justice, and that means that the innocent go free and the guilty are sentenced. But my concern at the moment is that conviction rates indicate that the scales of justice are not balanced and that juries view evidence through the lens of stereotypes.

Ministers need to take strong action, including a fundamental review of the whole system and by taking a lead to forge a better public understanding of rape myths and what constitutes consent. In response to my debate, the minister said she recognised that at the heart of the debate are the questions why convictions are not being secured and why juries are not convicting.

The government has commissioned some research by Professor Cheryl Thomas with jurors to examine the impact of rape myths. This is a welcome first step but we need action. I accept this is a challenging area but we cannot continue to deny young women justice in court. That brings the entire justice system into disrepute.

Ann Coffey is MP for Stockport.

View all articles by Ann Coffey