“Shadow ministers and policy advisers do not have a monopoly on wisdom, so they must interact with party members and supporters. By making policy together we make better policy.” – Jeremy Corbyn MP, June 2015

Under Jeremy Corbyn’s leadership, the Labour Party has gone from strength to strength. Our 2017 manifesto represented huge progress from 2015. Labour championed anti-austerity policies to defend and improve living standards, stood against the racism whipped up by the Tories and put forward an internationalist agenda to resolve conflict rather than resort to war. Our radical, progressive manifesto offered hope to millions across the country and beyond, and earned an increase in support unprecedented since the days of Clement Attlee. This change was down to Jeremy’s leadership, supported by members and trade unionists; and happened in spite of Labour’s policy-making structures, which in their current form would be incapable of coming up with such a popular manifesto.

Without Jeremy’s leadership, the Labour Party would still be supporting austerity and, like many of our sister parties in Europe, support for it would have dwindled. This leaves us with a key challenge: how do we build a policy-making process that reflects Jeremy’s commitment to involve members and trade unions, and ensures that the party in the future remains in touch with the communities we seek to represent?

Giving members and trade unions a greater say in policy is not a luxury, but essential to our movement, developing the policies we need to win elections and form administrations that put Labour values into action. Members and trade unionists involved in meaningful processes acquire knowledge and confidence, strengthening the party overall. Our bold commitment to membership and community empowerment via the Community Organising Unit is a great step forward, as is the growing consensus on expanding political education. However, these must be supported by structures that give grassroots members and trade unionists the ability to draw on their day-to-day experiences and create the policies that affect their communities. In the absence of genuine democratic structures going beyond annual conference, in the long term we risk pressures from financial, media and parliamentary elites diluting key policies and dragging Labour away from a democratic socialist policy programme. That is why increasing the influence of members was one of the key promises of Jeremy Corbyn’s 2015 leadership campaign.

The democracy review promised to overhaul our policy-making structures, and recommended a new ‘People Powered Policymaking Process’ based on 11,000 submissions from across the party. However, the national executive committee decided in September to put policy-making into further review, and is not due to debate changes to policy-making until after the next annual conference. This leaves the national policy forum (NPF) – widely perceived as an exercise in organised deception from the 1990s to control and manage party members and affiliates from above – neither abolished nor reformed but dormant and still, due to its structure, potentially out of step with policies promoted by the leadership and supported by grassroots members and trade unionists. The process remains opaque and exclusive.

In theory, motions passed at conferences are submitted to policy commissions composed of representatives elected to facilitate policy development. In collaboration with relevant shadow cabinet ministers and with additional input from consultations and motions from party units, those representatives are supposed to develop coherent documents to be debated and voted on at the following conference. This is not the reality. NPF documents tend to represent neither the spirit nor content of policy discussions in the party since Jeremy became leader – in many cases not even reflecting our popular manifesto.

As of 2016, members have won the right to reject parts of these reports, but as with composite motions, these is no clarity over what actually happens with these decisions after conference. Policy commissions should also consider more immediate demands – for example, this year conference agreed that Labour should offer support and encouragement to local campaigns in opposition to academisation involving parents, teachers and local community activists in line with our commitment to community organising. Yet the Early Years, Education and Skills Policy Commission of which I am a member is not scheduled to meet until the new year. Where is the discussion with relevant stakeholders and elected representatives to take this commitment forward? It appears that the democratic openings that do exist for members to express their views on policy constitute little more than performative ‘pressure valve’ mechanisms that allow members to let off some steam but not to have genuine influence.

In the high-pressure and fast-changing politics of the 21st century, it is no doubt difficult to genuinely engage members in policy-making on an ongoing basis. Despite these challenges, we cannot afford to kick the policy-making process into the long grass. Leaving the existing structures to whither risks disengagement and a failure to make the most of the talents and experience of our reinvigorated mass membership and our invaluable relationship with our affiliates. If we are not going to abolish the NPF, as recommended by the democracy review, we must surely reform its structure to give due weight to our thousands of members and millions of trade unionists. Thanks to Jeremy, backed by millions of members and trade unionists, our 2017 manifesto was great. Now we need to put serious efforts into developing a democratic policy-making process to match.

Rachel Garnham is a member of Labour’s national executive committee. 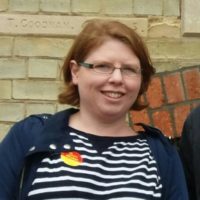 View all articles by Rachel Garnham