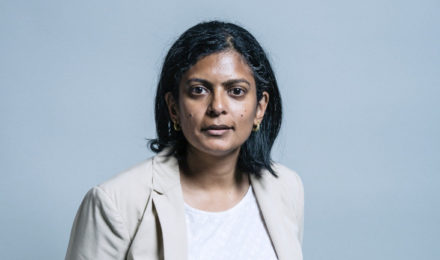 With all the chaos and infighting of the Tory Brexit tribes, it is tempting for Labour folk to just sit back and watch the spectacle unfold. The mess over the pulled meaningful vote and the failed but damaging ERG coup has provided quite a sideshow to the debate. But while we have all been appalled by the antics of the Conservative Party, our black and ethnic minority communities have particular reason for concern.

Most of us will have seen the footage from a week or so ago of the racist bullying of a Syrian schoolboy. I applaud the strong sympathy shown at the time by Home Secretary Sajid Javid, who described his own experiences as an Asian kid subjected to racism. As someone who has been called a “Paki” in my time as well, it was a welcome admission, and punctured the government spin that all is rosy in post-Brexit Britain, which threatens to take us back to the 1970s in more ways than one.

Less welcome was Javid’s announcement that he would not be publishing his immigration white paper before the now pulled meaningful vote on the Brexit withdrawal agreement. Described as “shocking and unacceptable” by MPs across the political spectrum, Javid’s announcement brought into sharp relief the cabinet divisions on this issue. We know that Chancellor Philip Hammond and Business Secretary Greg Clark both oppose Theresa May’s proposals to clamp down on low-skilled migration from anywhere and rightly so.

The draft Brexit withdrawal agreement states that freedom of movement will end, and will be replaced by a skills-based immigration system. Britons living in EU countries, and EU nationals living in the UK (for five years) will be able to stay in their respective countries of residence, but will need to apply formally to remain in those countries.

This additional layer of bureaucracy – and its potential to cause mayhem due to procedural incompetence – adds to what is already a hostile environment for immigrants. The European Parliament’s Brexit lead has already expressed concern about how EU residents would fare if the Windrush scandal was anything to go by.

Of course, more general freedom of movement concerns affect ethnic minorities too. Having spoken to ethnic minority leaders, the People’s Vote campaign found that BAME people were seriously worried about future opportunities for their children and grandchildren. If Brexit goes ahead without freedom of movement guarantees, these opportunities will inevitably shrink, with many EU jobs potentially off-limits to UK workers.

Immigration issues will hit BAME EU migrants the hardest, since they look visibly different and are probably more likely to be asked for ID to access employment, housing and healthcare. The Roma community are also vulnerable to this, since they tend not to feature on electoral registers or have identity documents and are more likely to be stateless.

It is no secret that the Brexit referendum unleashed a wave of xenophobia: hate crimes spiked by almost a third in the year after the referendum, according to Home Office statistics. The victims were not just EU citizens, but also people of Asian, African and Caribbean heritage.

Forty years on from the first time I was referred to as a “Paki”, I’m now an MP representing my (demographically diverse) home seat. I know that even constituents who voted to leave the EU – with loyalties to the Commonwealth, and possibly frustrated with immigration policy that seemed to keep out their own relatives – are horrified by jobs and investment already leaving our shores. They are asking whether they can call the whole thing off, and strongly believe we all deserve a final say.

If ethnic minorities in the UK want to resolve these issues, their best option is to loudly demand a People’s Vote on Brexit. Please write to your MP at notbuyingit.uk, asking them to support a fresh public vote on the Brexit deal.

Rupa Huq is MP for Ealing Central and Acton.

Rupa Huq is a sociology lecturer at Kingston University where she specialises in youth culture and pop music. After a first degree at Cambridge, Rupa earned a PhD at the University of East London. Rupa also writes for the Times Higher Education Supplement, Tribune, the New Statesman, Progress and Red Pepper and appeared on BBC TV and Radio and Channel 4 News. She was the Labour parliamentary candidate in Chesham and Amersham in the 2005 general election and also stood for Labour in the 2004 European election in the North West.

View all articles by Rupa Huq